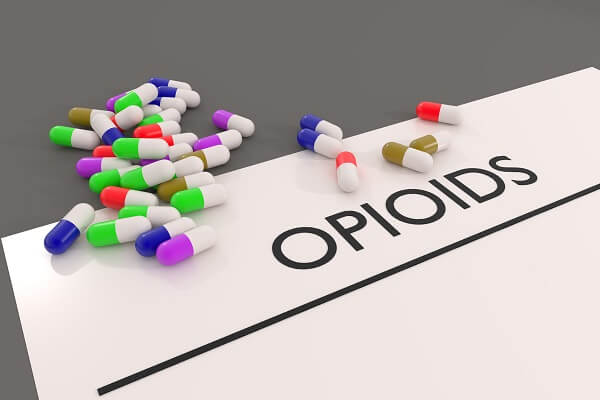 Oberheiden, P.C.
Former DOJ Prosecutors & Defense Counsel
“If you are a doctor illegally prescribing opioids for profit or a pharmacist letting those pills walk out the door and onto our streets based on prescriptions you know were obtained under false pretenses, we are coming after you.”
– Attorney General Jeff Sessions, August 2, 2017

Doctors, dentists, clinics, pharmacies, and medical service providers who provide pain management care to patients are under increased scrutiny from the federal government.  The Department of Justice is specifically targeting medical professionals who prescribe and fill opioid prescriptions.  Attorney General Jeff Sessions is directing increased federal resources to cracking down on prescription drug abuse, including forming a new unit within the Department of Justice specially dedicated to pursuing medical professionals suspected of contributing to the epidemic of opioid addiction.

Former Department of Justice Trial Attorneys, former Assistant and Special Assistant United States Attorneys, and experienced healthcare fraud defense attorneys are dedicated and committed to protect your professional license and your freedom. No junior lawyers, no associates, no paralegals.

The Largest Healthcare Fraud and Opioid-Related Takedown in American History

On July 12, 2017, Attorney General Jeff Sessions announced “the largest healthcare fraud takedown in American history.”  412 defendants, including 56 doctors, were charged with engaging in healthcare fraud related crimes that caused a loss of up to $1.3 billion in tax payer money.  In addition, 295 healthcare providers were excluded from participation in federal healthcare programs, such as Medicare and Medicaid. The massive sweep of arrests resulted from the coordinated efforts of the Department of Justice’s (DOJ) Criminal Division, the Department of Health and Human Services (HHS), United States Attorney’s Offices across the country, and more than 1,000 state and federal law enforcement agents.  Despite the enormity of the operation, Attorney General Sessions warned, “the Department’s [of Justice] work is not finished.  In fact, it is just beginning.”

Attorney General Sessions additionally emphasized the growing trend of opiate addiction in the United States, cautioning that “our country is in the midst of the deadliest drug crisis in our history.”  Noting that more than 2 million Americans are addicted to opioids and one American dies of a drug overdose every eleven minutes, Attorney General Sessions pointed the finger at the medical community for facilitating prescription drug abuse.  During the July 12th takedown, 120 of the medical professionals arrested were charged with opioid-related crimes, which further qualified it as “the largest opioid-related fraud takedown in American history.”  Among those arrested, numerous doctors and clinics are accused of giving out prescriptions for cash or knowingly prescribing medications intended to be sold on the streets.  “These defendants have been charged and they will face justice,” Attorney General Sessions advised.

Creation of the Opioid Fraud and Abuse Detection Unit

The data the Opioid Fraud and Abuse Detection Unit will look for includes:

A major element of the Opioid Fraud and Abuse Detection Unit is the appointment of twelve experienced federal prosecutors who will focus exclusively on investigating and prosecuting opioid-related prescription drug fraud.  These Unit-dedicated United States Attorneys will be placed in twelve geographic regions that have been identified as opioid abuse hot spots.

The federal districts who will be assigned special prosecutors are:

As he introduced the Opioid Fraud and Abuse Detection Unit, Attorney General Sessions delivered a directive to law enforcement agents:

“Let me ask you to do one simple thing: after every arrest for illegal possession of an illegal prescription, make every effort to get the arrestee to tell you where he or she got the drugs. We did that in Mobile and it led us to the two biggest sources in town.”

Attorney General Sessions was referring to the arrest and prosecution of Dr. John Patrick Couch and Dr. Xiulu Ruan in the Southern District of Alabama.  Dr. Couch and Dr. Ruan co-owned two pain management clinics in Mobile, Alabama.  In May 2015, both doctors were charged with conspiracy to distribute controlled substances outside the usual course of professional practice and not for a legitimate medical purpose, conspiracy to commit healthcare fraud, a litany of substantive drug charges, a RICO [Racketeer Influenced and Corrupt Organizations Act] conspiracy charge, and money laundering, among other offenses.  As of May 2017, both doctors had been convicted and sentenced to prison terms of more than two decades.  Dr. Couch will be serving 20 years in federal prison, and Dr. Ruan will be serving 21 years in federal prison followed by four years of probation.  In addition, both doctors have forfeited millions of dollars’ worth of real estate, cars, and bank accounts, including their family homes.

While it may be easy to distinguish one’s own practice from the allegedly corrupt practices of the Mobile physicians, Attorney General Sessions’ use of their example should be a warning to all pain management doctors: Law enforcement agents are pressuring patients to turn on their doctors!  If drugs you prescribe are misused or end up in the wrong hands, state and federal investigators may trace them back to you, and once you come under investigation for opioid-related prescription fraud, the government will throw the book at you.

Although there are many varieties of prescription drug fraud, law enforcement officers have identified four common schemes that they look out for.  While the schemes generally involve some common characteristics, they each implicate different players within the prescription drug industry, from patients to doctors to pharmacies.

Prescription Drug Fraud Can Lead to a Life Sentence

As highlighted in the example above about the Mobile pain management doctors, convictions for prescription drug fraud can carry extremely severe sentences, including life in prison.  Similarly, for medical professionals in the later stages of their careers, a 15- or 20- year sentence may be a de facto life sentence.

Many people, including medical professionals, think of healthcare fraud as a white collar crime that typically carry light sentences, such as fines or probation.  Nothing could be farther from the truth. The penalties for healthcare fraud range from up to ten years in prison to a sentence of life in prison, in addition to heavy criminal fines, restitution, and forfeiture. In many cases, the penalties for prescription drug fraud in particular are more severe than other forms of healthcare fraud because these offenses pose a greater safety risk to patients.

Where a patient dies as a result of his or her doctor’s fraudulent conduct, the federal healthcare fraud statute (18 U.S.C. § 1347) states that the doctor may be sentenced to life in prison.  An example of such conduct is where a doctor improperly prescribes opioids to a patient known to have an opioid addiction, and the patient then dies from an opioid overdose.

Clearly, a doctor receiving a sentence of life in prison is an exceptional case, however, there are several notable cases where it has happened.  As such, doctors who prescribe potentially dangerous medications, such as controlled substances and opium based medications, must be extremely vigilant.  A doctor who engages in prescription drug fraud places his or her self at great risk that a patient may overdose on the illegally prescribed medication.  If – or more likely when – that doctor is charged with healthcare fraud, that doctor spend the rest of his or her life in prison.

Oberheiden, P.C. has a track record of protecting physician licenses and avoiding criminal charges. Our team of former DOJ prosecutors and healthcare fraud defense attorneys offers the experience needed to defend medical providers in civil and criminal government investigations. Here are some recent examples of our case outcomes.

Are You Under Investigation for Pain Management Fraud? We Can Help

Oberheiden, P.C. consists of former Department of Justice trial attorneys, former Assistant United States Attorneys (AUSA), and experienced healthcare fraud and compliance defense lawyers. Our combined experience of decades of healthcare fraud investigations allows us to understand how current prosecutors investigate and pursue investigations and what to do against it. Clients of Oberheiden, P.C. are represented by senior attorneys, not by junior lawyers or paralegals.

Contact Oberheiden, P.C. to discuss your case. We are here to help you.