What Are the Penalties for Healthcare Fraud Conspiracies? 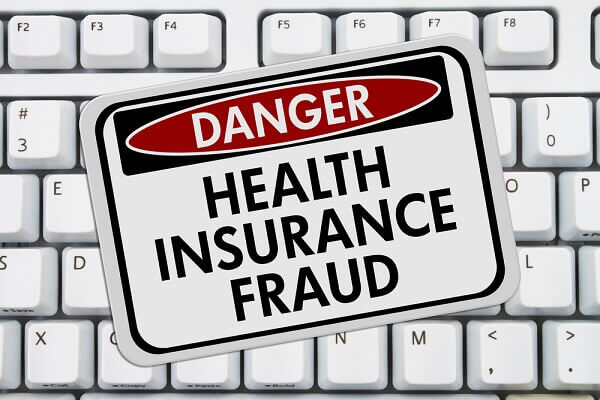 It is common practice for the government to charge healthcare offenses as conspiracies. What this means is that several defendants are jointly accused of having entered an agreement to commit healthcare fraud, typically in form of Medicare Fraud, Medicaid Fraud, Tricare Fraud, or fraud in connection with federal workers’ compensation patients. This brief article portrays the key elements and statutory basis of healthcare conspiracies and explains how the sentencing process for conspiracies works in practice.

The essence of a healthcare conspiracy is that two or more persons have combined, or mutually agreed, to do something illegal.  Iannelli v. United States, 420 U.S. 770, 777 (1975). It is irrelevant whether the goals of the agreement were actually accomplished. To find a defendant guilty of conspiracy, the government must prove beyond a reasonable doubt that:

It is important to note that one may become a member of a healthcare conspiracy without knowing all of the details of the unlawful plan or even the identities of all of the other alleged conspirators. In fact, quite often, defendants in criminal healthcare conspiracies have never heard of the other defendants and have never communicated with them in any form. The factor that allows the government to nonetheless lump them all together and connect the conspiracy defendants in one single case is that each conspirator is vicariously liable by entering into an agreement and thus authorizes every member of the conspiracy to act as an agent of the others. Put differently, if a defendant knowingly joins an unlawful scheme, that act alone is enough to convict him of conspiracy, even though he had not participated before and even though he played only a minor part in the conspiracy.  Blumenthal v. United States, 332 U.S. 539, 557 (1947).

(a) As used in this title, the term “Federal healthcare offense” means a violation of, or a criminal conspiracy to violate—

(b) As used in this title, the term “healthcare benefit program” means any public or private plan or contract, affecting commerce, under which any medical benefit, item, or service is provided to any individual, and includes any individual or entity who is providing a medical benefit, item, or service for which payment may be made under the plan or contract.

If two or more persons conspire either to commit any offense against the United States, or to defraud the United States, or any agency thereof in any manner or for any purpose, and one or more of such persons do any act to effect the object of the conspiracy, each shall be fined under this title or imprisoned not more than five years, or both.

If, however, the offense, the commission of which is the object of the conspiracy, is a misdemeanor only, the punishment for such conspiracy shall not exceed the maximum punishment provided for such misdemeanor.

Any person who attempts or conspires to commit any offense under this chapter shall be subject to the same penalties as those prescribed for the offense, the commission of which was the object of the attempt or conspiracy.

(a) Whoever knowingly and willfully executes, or attempts to execute, a scheme or artifice—

(1) to defraud any healthcare benefit program; or

(2) to obtain, by means of false or fraudulent pretenses, representations, or promises, any of the money or property owned by, or under the custody or control of, any healthcare benefit program,

Generally speaking, starting point of sentencing in federal court are the federal Sentencing Guidelines (“the Guidelines”).  The Guidelines first set a base offense level.  Offense levels are then added to or subtracted from to reflect the defendant’s prior criminal record as well as the aggravating and mitigating circumstances surrounding the offense.  Once the court calculates the offense level, it then determines the defendant’s criminal history.  After these two factors have been calculated, the court matches the two numbers on a table, leading to the recommended sentencing range for a particular crime.  As any of these two numbers increase, so does the length of the sentence.  Section 2B1.1 of the Guidelines applies to various forms of fraud and includes enhancements based on the amount of loss associated with the fraud.  Obviously, many factors must be considered in order to properly assess the potential sentence.  Additionally, the judge has some discretion in applying the Guidelines, and it would be impossible to predict the outcome with precise accuracy.

What is critical to understand is that the ultimate sentence amount largely depends of the “loss” that the fraud scheme has cost the government. With each range of higher loss, the sentence as suggested by the Guidelines increases. For example, if a defendant is accused of a conspiracy exceeding $ 3,500,000 in loss, the Guidelines suggest to add 34 points to the base level due to the loss amount alone.

A defendant is considered the leader in a healthcare fraud conspiracy with a loss amount exceeding $ 3,5m. Because the defendant was a physician, the government accuses the defendant also of abusing his trust towards the patients. In this hypothetical, a calculation could look like this:

Obviously, there are many ways to impact that calculation. For one, experienced lawyers could simply challenge the government’s assertion that the defendant engaged in illegal conduct. Lawyers can further dispute that the defendant had the required intent to do something illegally. Further, if the facts are overwhelming and the defendant’s guilt is hard to deny, defense attorneys can often significantly reduce a theoretically calculated sentence by introducing mitigating circumstances and by providing assistance with the resolution of the case. In the example above, healthcare fraud defense attorneys could reduce the potential maximum of 15 years to very little or no prison time, depending on the circumstances of the case. Main goal, however, has to be to dismiss the case by effective counseling.

Oberheiden, P.C. advises healthcare clients on regulatory compliance as well as defends healthcare executives, marketers, physicians, and healthcare companies against fraud accusations. Clients that are subject to a government healthcare investigation know they can rely on our healthcare fraud defense experience and our proven track record of avoiding criminal charges. Former prosecutors from the Department of Justice and experienced defense lawyers have formed a team to represent clients from across the nation against government investigations.

Our attorneys are among the most demanded healthcare fraud defense attorneys. Our team of former federal prosecutors, senior government officials, and nationally respected lawyers have accomplished some impeccable results in federal healthcare investigations. Here are some recent examples.