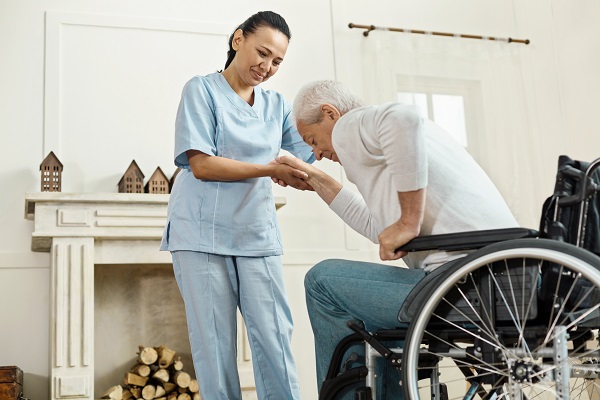 Everyone knows how dangerous it is to mess with Medicare billing. Few, however, are aware what actual penalties and consequences Medicare fraud allegations can trigger. Of all industries, owners of home healthcare centers are disproportionately high exposed to audits, investigations, and even criminal charges. Whether it is Form 485, lack of necessity, patients not being homebound, illegal referral kickbacks, or fraudulent billing—the FBI continues to scrutinize home health centers and medical providers nationwide.

You Found the Right Law Firm! Oberheiden P.C. has protected home healthcare owners, medical providers, and nurses accused of healthcare fraud, Medicare fraud, lack of medical necessity, errors in connection with Medicare Form 485 in audits and investigations across the United States. We have convinced federal agents, prosecutors, and UPIC auditors over and over that not every mistake is intentional. Our guided approach to healthcare audits and fraud accusations has kept doctors and company owners in business!

We Don’t Let Bad Things Happen to You. Our attorneys have advised home healthcare agencies in all stages. Because most of our home health agency clients call us early, when they just find out that they are under audit or investigation, we are able to turn things around quickly. From hundreds of healthcare cases as both Medicare prosecutors and defense attorneys we understand how critically important an early intervention is. Call us as early as you can to learn how we have fixed compliance problems and avoided criminal charges for so many people before you. We are committed to do the same for you.

When you are worried about your license and your reputation, you should leave those worries to the trusted and proven attorneys at Oberheiden P.C. We routinely handle the following case types.

The Government Has the Burden of Proof in Medicare Fraud Cases

Because Medicare fraud and illegal kickbacks are federal crimes, these offense types are investigated by the Federal Bureau of Investigation and prosecuted by Assistant United States Attorneys either from the Department of Justice or one of the 95 local U.S. Attorney’s Offices spread across the 50 U.S. states.

What Are the Penalties for Home Health Medicare Fraud?

A defendant convicted of Medicare fraud at trial or a defendant who decided to plead guilty to 18 U.S.C. 1347 must expect severe penalties. Pursuant to Title 18 of the United States Code, a defendant guilty of home healthcare fraud will be sentenced to up to 10 years imprisonment per count, a term of supervised release, criminal fines, asset forfeiture, and a mandatory special assessment. The concrete penalty depends on many factors including the alleged damage that was created to the Medicare program.

In criminal healthcare fraud investigations, the Statute of Limitations is typically five years. However, 18 U.S.C. 3282 is subject to various exceptions that can prolong the allowable prosecution phase, in particular if the case is charged as a federal healthcare fraud conspiracy.

How Can Oberheiden P.C. Avoid Charges in Home Health Cases?

Depending on the stage your investigation is in, we apply different tools to convince regulators, auditors, or prosecutors that you did not do something wrong. Importantly, we have created compliance structures for many of our home healthcare clients that are designed to prevent occurrences of fraud. Specifically, we have trained management, staff members, directors of nursing, and even medical providers to pay particular attention to some hidden dangers on Form 485. By the same token, if you are charged with Medicare Fraud, we have a long track record of dismissing indictments and obtaining probation.

The key to our success is you. The earlier you call us, the better we can help you. We are available now and on weekends to hear from you about your concerns and your case. Experienced attorneys will make you notice immediately: Oberheiden P.C. is all about protecting businesses and people!

Call Oberheiden, P.C. today at 888-680-1745, including on weekends, or inquire online. Consultations are free and confidential.