What Are the Penalties for Prescription Drug Fraud in Detroit, Michigan? 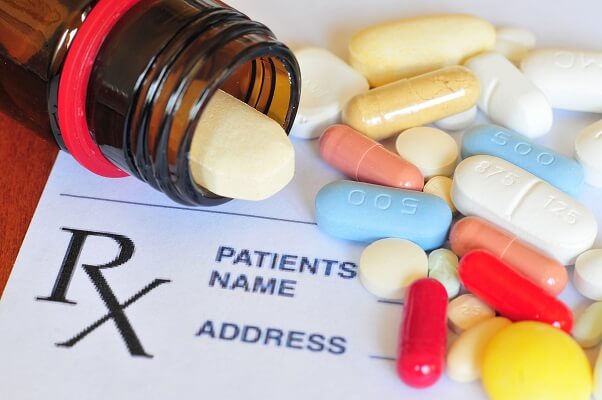 In May, 2009, The U.S. Attorney General and HHS Secretary created the Healthcare Fraud Prevention & Enforcement Action Team (HEAT) in a new effort to increase collaboration among law enforcement agencies to combat healthcare fraud.  HEAT teams consists of members of various agencies including HHS-OIG, FBI, DOJ, and MFCU.  The HEAT teams were designed to target emerging or migrating schemes along with chronic fraud within the healthcare field. One of the HEAT team focus area is Detroit.

Each year, HHS-OIG releases a report of its anti-fraud activities and highlights successful cases from each HEAT city; as well as, successes for individual provider types.  By 2010, the second year of HEAT, the cases highlighted for Detroit began to center around prescription drug fraud.  The 2010 fraud report highlighted four cases for Detroit (Eastern District of Michigan).  Two of these cases involved providers who offered kickbacks to patients, including providing prescriptions for controlled substances, while a third case involved providers paying patients so that the provider could bill for unnecessary medications.  This pattern of prescription drug cases in Michigan (and specifically Detroit) continued to be highlighted in the HHS-OIG yearly report and culminated with the conviction of the final defendants in a $67 million pharmacy fraud.  Due to the actions of this Detroit pharmacy, over 250,000 units of oxycodone and 4 million units of hydrocodone where diverted in violation of the Federal Healthcare Fraud Statute.

Prescription drug fraud can take many forms; however, there are typically four types that law enforcement most commonly search for.  The first scheme is drug diversion, which involves an individual obtaining a prescription for certain drugs, usually controlled substances, and gives them or sells them to someone else.  The second, doctor shopping, occurs when a beneficiary consults a number of doctors to inappropriately obtain multiple prescriptions.  Third, are inducements, kickbacks, or bribes that are paid to the prescriber as an inducement to write certain prescriptions.  The final scheme is inappropriate dispensing and is the result of a pharmacy dispensing expired or adulterated prescriptions, or dispenses drugs without a prescription.  While all four schemes are potentially related, each one implicates a different player within the prescription transaction – patient, doctor, or pharmacy.

Prescription Drug Fraud Can Lead to a Life Sentence

Clearly, life in prison for fraud is a rare exception. However, every physician prescriber that engages in prescription fraud and abuse gambles with the uncertainty of how the patient will tolerate prescribed drugs, whether the patient also consumes illicit drugs, or whether the patient is seeking drugs from multiple physicians. These and other factors exemplify the danger of overdose. The extent of causation required to be liable for an enhanced prison sentence for violations that result in death under the statute may not have yet been determined in most jurisdictions; however, it has been determined in the Sixth Circuit Court of Appeals – which covers Michigan.

In a 2009 case involving an Ohio Pain Management doctor, the Sixth Circuit Court declared that when the patient’s death is a natural or foreseeable result of a physician’s fraudulent scheme, the physician may be held liable and subject to a life sentence.  In that case, the physician ignored “red flags” that patients were addicted to the controlled substances he prescribed and when a patient overdosed as a result of this conduct, the imposition of a life sentence was warranted.

Providers should be aware that a patient’s date of death is a data field populated in the claims data obtained during the course of an investigation. Law enforcement actively looks for correlations to patient dates of death and the last controlled substance prescription issued by a provider.  This means that providers who may have a patient that dies as a result of something unrelated to the provider’s prescription practice (but the death is contemporaneous to the issuance of a controlled substance prescription) that provider may find themselves the subject of even more intense scrutiny.

In June of 2015, HHS-OIG released a report identifying continued questionable billing practices related to Medicare Part D.  The reason for OIG’s report was two-fold.  First, opioid abuse is becoming an epidemic and has led to over 2 million emergency department visits in a two-year span. Second, Medicare spending for commonly abused opioids has grown faster than spending for all of Part D. In 2006, when Part D started, spending was at $51 billion.  Between 2006 and 2014 total Part D spending increased to $121 billion, an increase of 136%.  During that same time, Part D spending on commonly abused opioids increased by 156%.

Based on this criteria, the report identified over 1,400 pharmacies with suspicious billing.  These pharmacies represent only 2% of retail pharmacies nationwide but cumulatively billed $2.3 billion to Part D.  Also, these 1,400 pharmacies were most likely to be located in New York, Miami, Los Angeles, and Detroit – all HEAT cities.  Due to the fact that there is a continued growth in Part D, especially in the prescription of opioids, opioids can be easily abused and lead to hospitalization, and a number of the pharmacies with suspicious billing practices are located in HEAT cities, pharmacies in Detroit that adhere to all the program requirements may still find themselves being investigated just because they bill for or prescribe a drug deemed to be problematic.

The commitment of Oberheiden, P.C. is to avoid criminal charges at any cost. Our team of former healthcare prosecutors and experienced defense attorneys have a distinguished history of protecting business owners, executives, lawyers, physicians, hospitals, laboratories, pharmacies, home healthcare entities, and many other healthcare organizations against any form of alleged healthcare fraud. Here are some recent examples of our case outcomes.

Call us to speak to one of our prescription drug defense attorneys to discuss your situation.

Nick Oberheiden represents physicians, pharmacies, and healthcare businesses in civil and criminal investigations across the United States. Dr. Oberheiden has significant experience when it comes to avoiding criminal charges and setting up compliance programs to protect healthcare providers. Dr. Oberheiden is the Firm’s founder.