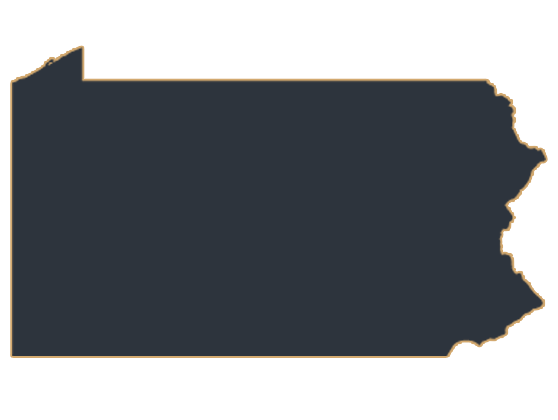 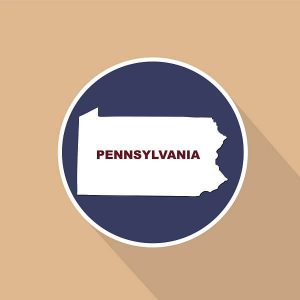 Pennsylvania is home to some of the finest criminal defense attorneys in the country. Clearly, there’s no shortage of lawyers anywhere in the state of Pennsylvania. Nonetheless, it is important to understand that not every lawyer is equally trained and experienced when it comes to federal cases. Because the vast majority of criminal prosecutions are state cases (roughly 95%!!!), most criminal defense lawyers appear (at best) occasionally in federal litigations. That’s a problem. Just like you would not normally pick a real estate attorney to handle a divorce case, you should think twice before hiring just any attorney to handle a complex federal investigation. Hiring the right Pennsylvania criminal defense lawyer is crucial in getting the right team together to fight for your rights.   Put simply, when your life is on the line and your freedom at stake, there simply is no room to experiment. Everyone knows how harsh the federal justice system is and that there will be no second chances when it comes to choosing the right defense strategy. Attorney Dr. Nick Oberheiden is one of the few attorneys in the country that dedicates his practice to federal cases. Nick has handled hundreds of federal cases involving the FBI, the DEA, the IRS, the United States Attorney‘s Office, the Office of Inspector General (OIG), and other federal law-enforcement agencies. Nick has defended clients before virtually all main federal authorities such as the Department of Justice (DOJ), the Department of State (DOS), the Department of Health and Human Services (HHS), the Department of Defense (DOD), the Department of Homeland Security (DHS), the Department of Labor (DOL), the Department of Transportation (DOT), the Department of the Treasury, to name just a few. In these hundreds of federal representations, Nick has built a substantial track record of avoiding liability for his clients— even if they were named targets or declared subjects of a grand jury investigation. Nick’s reputation of handling federal cases has made Nick a frequent speaker, academic publisher, and featured guest on TV and radio shows throughout Pennsylvania and all 50 states.

Important Things You Should Know About Federal Criminal Cases in Pennsylvania

How Do I Know If I Am Under Federal Investigation in Pennsylvania?

Most, but not all, federal criminal cases come announced. Rarely will the federal government just show up with an arrest warrant and take you into custody, at least not in federal white-collar cases. More common is the investigative approach whereby federal agents will attempt to interview you (or affiliates of yours), or you will be made aware of an investigation by hearing about a grand jury subpoena, a target letter, or similar notices from one of the U.S. Attorneys’ Offices in Pennsylvania. Pennsylvania federal criminal defense attorney Nick Oberheiden, duly licensed, knows that time is of the essence when it comes to not getting entangled into a federal case. The earlier you contact Nick at 855-791-1595 and the more time he has available to strategize, intervene, and oppose the investigation, the higher and better the chances that you will actually not end up being dragged into a criminal case.

What Should I Do If FBI Agents Come to My Business?

Although the recommendation is simple, it is rarely followed: do not talk to federal agents. You are required to truthfully state your name—and that’s it. Insist on your lawyer being present. If you don’t have one yet, insist on your lawyer being present nonetheless. Get the agent’s business card so that your lawyer can speak to the government on your behalf. Anything that you will share with the agents can be held against you. In fact, Pennsylvania FBI defense lawyer Nick Oberheiden knows that most people feel inclined to chat—because they feel like they have nothing to hide. While that may be true, it is equally true that the FBI would not come to you if you had absolutely no involvement in whatever case the agents may be investigating. In other words, the mere presence of federal law enforcement makes you a person of interest. If you are a person of interest, you should first find out—through your lawyer—why you are in that position and whether you may be even more than that, namely a target.

How Does the Sentencing Work in a Pennsylvania Federal Case?

Following a loss at trial or a plea, sentencing in federal cases is subject to the Federal Sentencing Guidelines (FSG). The FSG are an attempt to create uniform standards across the country for sentencing in federal cases to ensure approximately similar penalties for similar or the same offenses regardless of the federal district handling the case. Unlike many state proceedings, sentencing in federal court is exclusively reserved to the presiding United States District judge, not the jury. All federal judges consider, but some federal judges nonetheless deviate from, the FSG when deciding the right and fair punishment in a case at hand. The FSG are point-based, that is the gravity of the offense, the defendant’s prior criminal history, and many other factors (such as the role of the defendant within a conspiracy) all impact and determine the sentence. Nick Oberheiden has repeatedly convinced federal judges to favorably deviate from the recommended punishment for his clients. For example, he obtained probation in a federal fraud case when the FSG suggested years of incarceration; he obtained probation in a federal computer case when the FSG suggested a lengthy imprisonment.

Do I Need a ‘Federal’ Lawyer to Defend Me?

Just like you would not hire a real estate lawyer to secure custody over your children in a divorce action, you should not hire just any lawyer (but a distinguished federal lawyer) to handle your federal case. Practicing federal law is not a hobby. It is a very distinct area of law characterized by complex laws, powerful government agencies, and severe consequences in case of failed legal strategy. Being accused of healthcare fraud, money laundering, or tax fraud is not nearly the same as assault, theft, or DUI defense work. Your life may be on the line and, like so many others currently incarcerated, you will regret a bad lawyer choice for the rest of your life. When you speak to Nick Oberheiden or when you visit his profile, you will not see or hear him say that he handles DUI, rape, or battery cases, because he doesn’t. Nick is a federal defense lawyer who limits his practice to what matters most to you when you are accused of a federal offense: federal defense law.

How Much Federal Law Experience Should My Lawyer Have?

When it comes to federal criminal defense, there can never be enough experience, but there can certainly be too little. When you interview lawyers, see if the lawyer also advertises for traditional state offenses such as drunk driving, assault, or theft. If so, that means that the lawyer’s practice is likely open to any criminal case, including (but not exclusively) federal cases. Next, be blunt. Ask the lawyer how many (hundreds!) federal cases he or she has handled and with what outcomes—and how many of these cases are similar or identical to your situation. If you interview, for example, a lawyer that routinely defends federal robbery charges or federal drug defendants, that lawyer may not be familiar with the nuances of healthcare billing laws if you are accused of healthcare fraud or banking regulations if you are accused of bank fraud. You get the point. Ask your lawyer about what matters most to you. It’s your right and it’s your freedom. Call 855-791-1595 and ask Nick tough questions.

What Is Unique About Dr. Nick Oberheiden?

If there is one thing distinctively different about Nick Oberheiden compared to 99% of all lawyers, then it is the fact that Nick dedicates his entire practice to federal law, federal criminal defense work, and federal litigation. Nick has appeared before virtually all federal law enforcement agencies and departments including but not limited to the FBI, the DEA, the IRS, the Department of Justice, the Department of Defense, the Department of Health and Human Services, the Department of Transportation, the Department of Homeland Security, the State Department (and many more)—and built a track record that has made Nick a first-choice attorney whenever federal experience is required to save someone’s freedom. If there is perhaps one indication even stronger than a plethora of grateful and satisfied clients, it may the fact that actual law enforcement officers and current federal prosecutors, when they are under investigation themselves, have turned to one man: federal defense attorney Nick Oberheiden.

How Would It Work to Hire Nick or Switch Lawyers to Nick Oberheiden?

It’s very simple. Just email or call Nick directly and discuss your case for free. But be ready, you will not speak to a secretary, your call will go straight to Nick.

Every lawyer will tell you that he or she can help you with your federal case. Of course! Federal cases tend to be more attractive and lucrative than a state shoplifting case, for example. But be careful: your lawyers’ wants should not dictate your selection. True measurable experience is all that counts. There is a reason why media stations across Pennsylvania consult with Dr. Nick Oberheiden when it comes to federal litigation and federal constitutional law. Nick has demonstrated his skillset in federal cases over and over again. In fact, Nick is one of the very few lawyers that dedicate their practice to federal government investigations and litigation. Ask your lawyer tough questions before hiring: ask how much of that lawyer’s practice is dedicated to state v. federal cases; ask how many times that lawyer avoided criminal charges in federal cases; ask how many cases exactly like yours he or she has handled before to make sure you are not ending up being your lawyer’s experiment case. It’s your life. The right lawyer is yours to choose. Call Nick directly at 855-791-1595 or contact him online today.