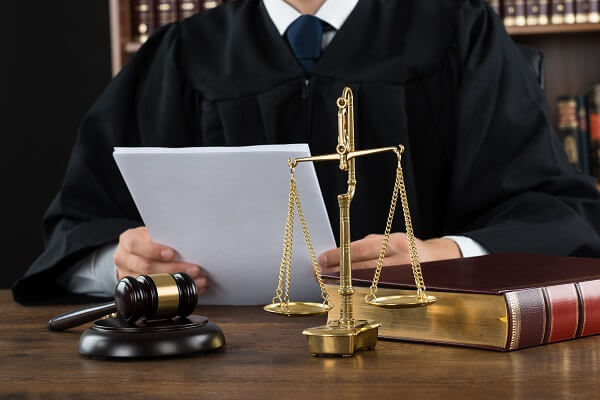 The law recognizes that trial outcomes are sometimes simply not fair and need to be undone. In addition to the better-known appeals process, federal law provides important additional remedies that are designed to acquit a defendant or to give a defendant an opportunity before a different jury to present his or her case. One such example is Rule 29 of the Federal Rules of Criminal Procedure. Rule 29 mandates an acquittal of the defendant if the government’s evidence is simply too weak for a jury to find the defendant guilty of the charged offense. Rule 29 allows the judge not just to disagree with the jury but also to overturn the jury’s verdict.

What Is the Test Under Rule 29?

The question to decide motions for a judgment of acquittal under Rule 29 is simple: Could a rational juror find guilt beyond a reasonable doubt based on the facts and evidence introduced to the jury? If the answer is no, that is, if the evidence is so porous and unsubstantiated that a rational jury simply cannot find guilt beyond a reasonable doubt, then a conviction cannot be entered or upheld and the case does not belong in a criminal courtroom.

Rule 29. Motion for a Judgment of Acquittal

What Are Courts Considering Under Rule 29?

“The true rule, therefore, is that a trial judge, in passing upon a motion for directed verdict of acquittal, must determine whether upon the evidence, giving full play to the right of the jury to determine credibility, weigh the evidence, and draw justifiable inferences of fact, a reasonable mind might fairly conclude guilt beyond a reasonable doubt. If [the judge] concludes that upon the evidence there must be such a doubt in a reasonable mind, [the judge] must grant the motion; or, to state it another way, if there is no evidence upon which a reasonable doubt, is fairly possible, [the judge] must let the jury decide the matter. In a given case, particularly one of circumstantial evidence, that determination may depend upon the difference between pure speculation and legitimate inference from proven facts. The task of the judge in such case is not easy, for the rule of reason is frequently difficult to apply, but we know of no way to avoid the difficulty.”

Rule 29 motions become particularly important when the government’s case is entirely or almost entirely based on circumstantial evidence. This is very often true in federal conspiracy cases where the government attempts to lump different defendants together that have no actual ties and the government can only offer circumstantial, attenuated suggestions of evidence. However, as the Second Circuit Court of Appeals stated when affirming a defendant’s acquittal based on the district court’s grant of a Rule 29 motion, the government’s evidence must not simply be “characterized by modest evidentiary showings, equivocal or attenuated evidence of guilt or a combination of all three.” United States v. Cassese, 428 F.3d 92 (2nd Cir. 2005). Even though the government may rely on inferences and is not obligated to produce direct evidence of the defendant’s actual involvement in the alleged misconduct, it is well established that courts “cannot permit speculation to substitute for proof beyond a reasonable doubt.” See United States v. Jones, 49 F.3d 628, 632 (10th Cir. 1995).

Our firm treats Rule 29 motions with the utmost care and preparation to enhance the probability that a judge will fully consider the motion and agree that an acquittal must be entered.  Many trial lawyers consider the Rule 29 motion a throwaway that is used only to make sure arguments are not waived on appeal.  We disagree with these lawyers – properly researched and written, a Rule 29 motion “is an important safeguard to the defendant. It tests the sufficiency of the evidence against the defendant, and avoids the risk that a jury may capriciously find him guilty though there is no legally sufficient evidence of guilt.” 2A Charles A. Wright, Fed. Prac. & Proc. Crim. § 461 (4th ed. 2013).  Therefore, our approach is to tear apart the government’s case and challenge each element of every count for which our client was convicted while reminding the court that the government is required to present substantial evidence as to each element of the offense.  See Brown v. Davis, 752 F.2d 1142, 1145 (6th Cir. 1985).

Let’s take the example of a criminal fraud conspiracy. The elements of conspiracy to commit fraud are: (1) two or more people agreed to defraud the United States or one of its agencies or department by dishonest means, including obstructing or defeating the lawful function of such department or agency; (2) the defendant voluntarily and knowingly joined the conspiracy; and (3) a member of the conspiracy committed an overt act for the purpose of advancing or helping the conspiracy.  In such a case, we would use the Rule 29 motion to address the following questions:

The alleged agreement to commit fraud is of the utmost importance in a conspiracy case. In many cases we review, the prosecution failed to present enough evidence to show that the defendants entered into an agreement to accomplish an illegal objective. Witnesses don’t exist that were privy to discussions, plans, or conversations between the different defendants. No one testifies that they have heard the defendant agree to accomplish an unlawful objective. No document exists that would suggest that there is a criminal plan. We will argue:

What Lawyer Qualities Are Required in Post-Conviction Proceedings?

In the second part of a federal criminal case, the focus shifts from the facts to the law. It is no longer the question of whether or not the defendant committed the offense, but instead whether the jury’s decision to convict the defendant was legally appropriate. Jurors are not lawyers, and the law reflects the understanding that juries can err. Specifically, in the context of Rule 29 of the Federal Rules of Criminal Procedure, the law offers a remedy of acquittal if the jury ignored core principles of fairness and due process. Importantly, to convince a judge, it is not enough to simply maintain the defendant’s position (“I didn’t do it”), but to demonstrate to the court that under existing case law a conviction by the jury was unconstitutional. Thus, the lawyer’s job changes from arguing facts to twelve lay people to academically convincing a federal judge that the jury’s decision was wrong—as a matter of law.

Doing so requires diligent legal research and sophisticated writing skills. Rule 29 motions are almost always decided without a hearing, making the written legal briefs the centerpiece of the defendant’s presentation to the court. The job of the best defense attorneys is to find cases with similar facts in which courts have acquitted defendants following a trial. For example, if a client was convicted of a conspiracy to commit Medicare fraud, the lawyer’s job is to find cases from federal courts of appeal and federal district courts that acquitted a defendant after a conspiracy conviction—for example, because the jury rendered a conviction despite the lack of evidence that the defendant knowingly and willfully entered into an illegal agreement.

Rule 29 motions are complex and require experience. If you are going through a trial or a trial against you resulted in an unfavorable outcome, you should call our team for a free and confidential consultation. After all, no case and no situation is too hopeless to find relief.