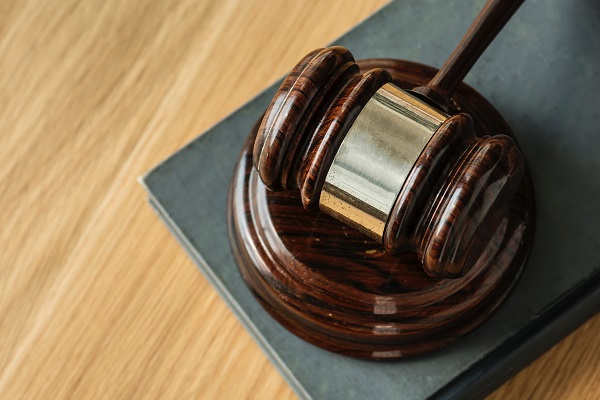 After your preliminary hearing, you will remain in contact with your attorney, as your attorney prepares for the upcoming trial. Your attorney may tell you they’ve filed motions that have either been denied or granted. You may wonder: what are these motions, how do they work, and how do they affect me? These are pretrial motions. If granted, they may help your case. If denied, your attorney will know more of what to expect during trial and be able to strategize more effectively. Pretrial motions can steer the direction of the trial, but may have little effect, depending on the parties and judge involved. As a client, you have no responsibilities in this process.

Pretrial motions are motions filed by a party (either your council or the government), requesting the judge to hear arguments before a trial begins. These motions are an efficient way to manage a trial. Inherent to every case are questions surrounding evidence presented, witnesses chosen, or jurisdiction. Such questions may require days of consideration and argumentation to resolve. By presenting the arguments prior to the trial, the prosecution and defense ask the judge to resolve the foreseeable issues, effectively streamlining the trial. Either side may use pretrial motions to attempt to limit the evidence brought up at trial, prevent certain witnesses from testifying, or even dismiss the case. Pretrial motions are not required components of trials, but if used, must be filed by a strict deadline set by the court.

The pretrial motion process starts when a party decides to challenge a particular nuance of the trial. For example, if a potential government witness has questions of mental stability, your legal team may file a pretrial motion with the court for exclusion of witness testimony. Usually, the motion is filed in writing. If multiple defendants exist in a trial case, a joint motion may be filed. The motion will mention the defendants pursuing the motion, the particular witness, relevant case law that establishes the grounds for the motion, and the argument for the exclusion of this particular witness. After the motion is filed, the government will respond to the motion, demonstrating why they believe the witness to be reliable. Sometimes, the government will pursue claims that the case law selected by your council was irrelevant to this case or inappropriately used. They will ultimately argue that there are no grounds to grant the motion. The judge, by considering the motion and the government’s response, will render a decision. Sometimes, a decision cannot be made without further argument or evidence. If the judge requests additional argument, all parties involved in the motion may be required to give oral arguments. In the case of a potentially incompetent witness, the judge may request additional evidence, in the form of a professional evaluation. A third-party psychologist would visit with the witness and evaluate their mental state. If the psychologist finds the witness legally incompetent, the judge may rule to exclude the witness.

Common pretrial motions that stop the case from going to trial are motions for summary judgment and motions to dismiss. Motions for summary judgment request the judge to submit a verdict, based on the undisputed facts, prior to trial beginning. Your council will submit a motion for summary judgment if they believe the established facts of the case and the relevant law are clear and in your favor. In response to a motion for summary judgment, the government would either challenge your council’s interpretation of the law or highlight any instances of multiple versions of the facts. In other words, the government will attempt to discredit the simplicity and clarity of the law and facts argued by your defense council. If the judge denies the motion, the case proceeds to trial. If the judge grants the motion, the case is effectively settled in your favor. Motions to dismiss claim that the case should be dismissed without going to trial. These motions are typically filed based on procedural issues, such as a lack of jurisdiction or a failure to state a claim. The government will respond by detailing grounds for the specific procedure used or explaining a flaw in your council’s argument. Motions for dismissal are commonly filed, with a low success rate. If your council succeeds, the judge will grant the motion for dismissal either with or without prejudice. If the motion is granted without prejudice, the case can be refiled, using the corrected procedure. If the motion is granted with prejudice, the case cannot be refiled by the government.

Other common motions are intended to limit the use of certain evidence or testimony, such as motions for the exclusion of physical evidence, motions for the exclusion of witness testimony, and motions in limine. Motions for exclusion of physical evidence or witness testimony request particular evidence to be excluded. Physical evidence may be excluded if the evidence was obtained illegally. The government would be forced to respond by explaining why they believe the evidence was obtained legally. Witness testimony may be excluded if the witness is deemed legally incompetent. The government can produce an expert, such as a psychologist, who medically clears the witness as competent. Motions in limine ask the judge to exclude certain pieces of evidence or references to specific topics that would create unfair prejudice against you. Excluded evidence typically includes implications through hearsay, witnesses’ opinion of intent, some hypothetical questions, and summaries. If granted, such evidence would only be mentioned in court after a hearing is conducted to determine the admissibility of the evidence. The hearing must be conducted outside the presence of the jury, and the judge must determine the evidence to be admissible. During the hearing, both sides present arguments either in favor or against the inclusion of such evidence, and only then does the judge determine whether to allow the evidence to be offered to the jury for consideration. To avoid these hearings for admissibility, the government responds to the motion in limine by presenting case law that allows for the evidence to be properly admitted, or by suggesting your attorney’s case law was improperly cited.

Some motions are filed in almost all cases, such as motions to dismiss in response to a complaint. Many judges deny the majority of motions they hear, to err on the side of caution. So, if your defense council’s motions are continuously denied, do not fret. Any government evidence or testimony that enters the courtroom can be cross-examined. By filing strong motions, your defense council is establishing rapport and communication between you, the court, and the prosecution. Your defense council is most importantly preserving a claim for appeal. When a pretrial motion is denied, a record exists on file of the motion and the judge’s decision. If you are convicted of the crime, your attorney may seek an appeal based on an error during the pretrial motion proceeding. It is extremely important to preserve the claim for appeal by filing the motions on time, even if the judge has denied all previously filed claims.

Pretrial motions determine what the jury can or cannot hear and see. After a party files a motion with the court, the judge reviews the motion and response. The judge renders a decision to grant or deny the motion. Granted motions minimize the evidence evaluated by the jury. As soon as the first motion is filed, the first battle between the government and defense councils begin. Remember, pretrial motions can be filed by any party, including the government. If the government files a motion, your defense council is responsible for responding to that motion, in the hopes of persuading the judge to deny the motion. Any piece of evidence brought by either side can be the target of a motion. Any procedural aspect of the case from the moment you were questioned by government officials can be the target of a motion. Depending on your case, there may be only three motions filed, or fifty. Your attorneys will continuously monitor documents filed with the court. They will remain busy anticipating motions, filing their own motions, and responding to government motions. But even if the decisions of these motions go in the government’s favor, your defense council has plenty of opportunity to challenge the content of the motions, through cross-examinations or appeals. You, as a client, have no role in pretrial motion procedures. Your job in this process is simply to be patient.