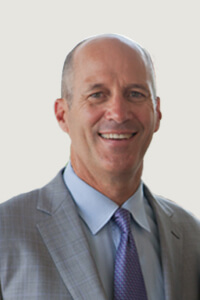 Brandon Johnson is a former Assistant United States Attorney (AUSA) in West Virginia who represents clients in a variety of West Virginia based civil litigation and federal criminal matters.

Federal Law Experience. Brandon previously served as a federal prosecutor at the United States Attorney’s Office for the Southern District of West Virginia. An accomplished trial attorney and white-collar crime defense lawyer, Brandon applies the comfort accumulated in trials as well as the insights gained from working at the U.S. Attorney’s Office in Charleston to advise and defend clients accused of (or under investigation for) federal fraud offenses (e.g. federal tax fraud, tax evasion, healthcare fraud, money laundering, mail fraud, wire fraud), federal cyber crimes, and other matters involving the FBI, the DEA, the IRS, ATF, the Office of Inspector General (OIG), the Department of Health and Human Services (HHS), the Department of Homeland Security (HIS), ICE, and other agencies.  Brandon has also appeared before the U.S. Court of Appeals for the Fourth Circuit on several occasions.

Mr. Johnson is the founder of Stroebel & Johnson, PLLC