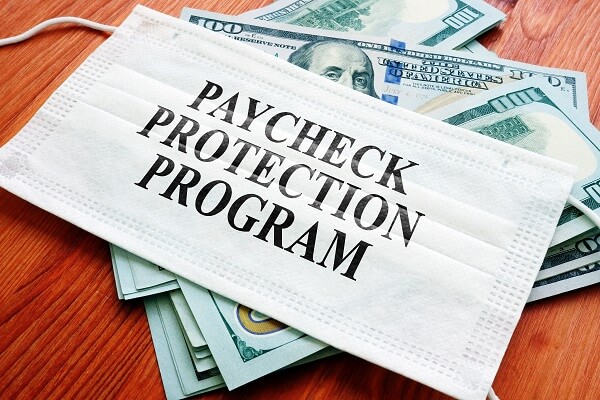 Dr. Nick Oberheiden is a nationally recognized expert on PPP loan laws
and has been seen on Forbes, CNBC and Fox Business.
Speak with Dr. Oberheiden today for a free consultation at 888-680-1745.

The federal Paycheck Protection Program (PPP) provided much-needed financial relief to companies that were struggling as a result of the economic impacts of the novel coronavirus (COVID-19) pandemic. Unfortunately, the limited initial oversight of the PPP allowed for widespread fraud, and it is believed that several billion dollars issued under the program went to companies and individuals that did not qualify. This led to the U.S. Treasury Department’s decision to have the Small Business Administration (SBA) audit every company that received a PPP loan of $2 million or greater, and to audit many companies that received smaller loans as well.

Due to the risk of facing an SBA audit, and due to the fact that many companies applied for PPP loans with only a basic understanding of the terms and condition of the program (at a time when only limited information was available), all companies should conduct internal audits or investigations to determine whether they are in compliance. For companies that are not in compliance, it will be necessary to take appropriate remedial or defensive action promptly in order to avoid substantial penalties in the event of a federal inquiry.

The following are some examples of current cases in which the U.S. Department of Justice (DOJ) is pursuing federal charges for PPP loan fraud:

“This defendant allegedly used Paycheck Protection Program loans to pay off his personal credit card debts and other personal expenses, rather than using the funds for legitimate business needs. . . . This film producer allegedly made a series of misrepresentations to a bank and the Small Business Administration to illegally secure taxpayer money that he then used to fund his nearly empty personal bank account.”

The DOJ is alleging that the film producer falsely represented that the $1.7 million in PPP funds for which he applied would be used to cover the payroll costs and other permitted expenses of three film production and distribution companies that he owned. However, “[a]s soon as [he] obtained the funds, he allegedly transferred over half the money to a personal bank account and began using and attempting to use the funds to pay off personal credit card debts totaling more than $80,000 and a car loan totaling approximately $40,000, among other personal expenses.”

Also on May 22, 2020, the DOJ announced the filing of a criminal complaint against a software engineer who is alleged to have attempted to fraudulently obtained more than $1.5 million in federal funds under the PPP. The individual, age 35, allegedly, “tried more than once to defraud the Paycheck Protection Program (PPP),” by submitting false documents in support of fraudulent PPP loan applications.

According to a DOJ press release announcing the charges:

“[The defendant] allegedly sought over a million dollars in forgivable loans guaranteed by the SBA from multiple banks by claiming fictitious payroll expenses associated with fictitious information technology companies that he created. [The defendant] allegedly provided fraudulent documents to two different lenders in support of applications for loans guaranteed by the SBA for COVID-19 relief through the PPP. In total, [the defendant] sought forgivable loans in the amount of $1,525,000.”

Specifically, the software engineer is alleged to have requested multiple employer identification numbers (EINs) days before applying for PPP loans from multiple banks and fraudulently representing that the companies had been in existence for several years. He claimed to have 25 employees and allegedly falsified payroll records predating his applications for the EINs. The DOJ’s charges include wire fraud and bank fraud, and if convicted the defendant could face hundreds of thousands of dollars in fines and multiple years of federal imprisonment.

On May 19, 2020, the DOJ announced the filing of a criminal complaint against a Texas man, charging him with wire fraud, bank fraud, making false statements to a financial institution, and making false statements to the SBA for allegedly submitting fraudulent applications for more than $5 million in PPP funds. According to the DOJ’s press release, the man, age 32, falsely claimed to own a business with more than 400 employees.

In the criminal complaint, the DOJ alleges that the defendant:

“[A]llegedly made two fraudulent applications to two different lenders for loans [under] the Paycheck Protection Program (PPP). In the application submitted to the first lender, [he] allegedly sought $5 million in PPP loan proceeds by fraudulently claiming to have 400 employees with an average monthly payroll of $2 million. In the second application, [he] claimed to employ over 100 individuals and was able to obtain a loan over $500,000. With each application, [he] submitted a list of purported employees that he obtained from a publicly available random name generator on the internet. He also submitted forged tax documents with each application.”

If convicted of all charges, the defendant potentially faces millions of dollars in financial penalties and decades of incarceration in federal prison.

On May 13, 2020, the DOJ announced charges against a well-known reality TV personality who is alleged to have fraudulently obtained more than $2 million under the PPP. According to the DOJ’s press release, the individual submitted an application claiming that the funds would be used to, “retain workers and maintain payroll or make mortgage interest payments, lease payments, and utility payments,” for a trucking company that he owned. However, the DOJ alleges that he used the substantial majority of the funds to cover personal expenses:

“[The defendant] allegedly used more than $1.5 million of the PPP loan proceeds to purchase $85,000 in jewelry, including a Rolex Presidential watch, a diamond bracelet, a 5.73 carat diamond ring for himself, and to pay $40,000 for child support.”

The individual, age 37, has denied the allegations, and during an interview conducted by Federal Bureau of Investigation (FBI) agents claimed to have used all of the PPP loan funds for payroll and other legitimate business expenses. He is being charged with bank fraud and faces up to a $1,000,000 fine and 30 years of federal imprisonment.

On May 5, 2020, the DOJ announced charges against two Rhode Island business owners who allegedly sought to obtain more than $500,000 for their companies under the PPP by fraudulently claiming to have dozens of employees. According to the DOJ, the defendants, ages 52 and 51, did not actually have any employees working for their companies. The DOJ further alleges that:

“[T]he fraudulent loan requests were to pay employees of businesses that were not operating prior to the start of the COVID-19 pandemic and had no salaried employees, or, as in one instance, to pay employees at a business the loan applicant did not own. . . . Allegedly, [the defendants] discussed via email the creation of fraudulent loan applications and supporting documentations to seek loans guaranteed by the SBA for COVID-19 relief through the Paycheck Protection Program (PPP) . . . .”

The business owners are being charged with conspiracy to make false statement to influence the SBA, conspiracy to commit bank fraud, bank fraud, and aggravated identity theft. If convicted, each could face multi-million-dollar fines and decades of incarceration.

While the DOJ is pursuing charges against many individuals who filed fraudulent PPP loan applications but did not succeed in obtaining federal funds, it is principally targeting companies that either: (i) fraudulently obtained PPP loan funds, or (ii) have used PPP funds for fraudulent purposes. Additionally, the SBA is exclusively auditing PPP loan recipients; and, if it finds evidence of fraud, it has the authority to refer cases to the DOJ for civil or criminal prosecution.

As a result, all PPP loan recipients need to be prepared to demonstrate that their loan applications complied with the terms and conditions established by the CARES Act, and they must have documentation on hand to substantiate the appropriate use of PPP loan funds as well. In order to do so, companies should conduct comprehensive internal audits and investigations focused specifically on PPP loan compliance. Our firm’s federal compliance and defense lawyers and former federal agents provide internal audit and investigation services for companies nationwide, and we encourage PPP loan recipients to contact us promptly for more information.

Are You at Risk for Criminal Charges for PPP Loan Fraud?

If you own a business that received funds under the PPP, you need to make sure that your company’s loan application and use of PPP funds are fully compliant. To learn more, schedule a free initial consultation at Oberheiden P.C. Our federal compliance and defense lawyers are available 24/7, so call 888-680-1745 or request an appointment online now.

Email Us 888-680-1745
Manage Cookie Consent
To provide the best experiences, we use technologies like cookies to store and/or access device information. Consenting to these technologies will allow us to process data such as browsing behavior or unique IDs on this site. Not consenting or withdrawing consent, may adversely affect certain features and functions.
Manage options Manage services Manage vendors Read more about these purposes
View preferences
{title} {title} {title}