Why You May Want to Stay Away from "Aggressive" Lawyers - Federal-Lawyer.com
Skip to content
We will protect your rights, reputation and freedom. Nationwide Federal Defense, Compliance and Litigation. 95% Success Rate.

Why You May Want to Stay Away from “Aggressive” Lawyers 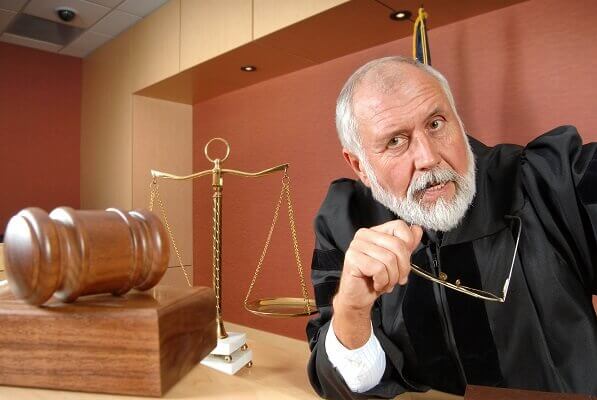 Attorney Nick Oberheiden’s Anecdotes from a Recent Visit at the U.S. Attorney’s Office

Criminal defense lawyers like to say that they are zealous, and aggressive, of course. To top that, lawyers (like most professionals) like to say that they are “the best” in the business. Sometimes they like to form a super-superlative and declare themselves even “the very best.” Look for yourself. Advertisements are full of these appetizers—often supplemented by corresponding (“I am really serious”) face expressions.

Take a federal criminal defense case. What do these statements insinuate? That the Justice Department and the FBI need to be “scared” of that lawyer because he is so “aggressive” or so “good?” At best, such flowery statements cause amusement among Assistant United States Attorneys and investigators. At worst, such statements (or performances, see below) lead to disrupted communication when dialogue is actually the key to resolution.

Consider the following (real life) example. Attorney Nick Oberheiden sits with a client outside the conference room at one of the largest U.S. Attorney’s Offices in the country. Nick’s client, an already scared-to-death subject of a federal criminal case, is about to meet FBI agents and prosecutors for a scheduled interview. Nick has built a nice relationship with the government lawyers involved and he has spoken several times with the agents to prepare the meeting. Nick’s client knows that if everything goes well, he will not be charged, despite arguable culpability.

From the outside of the conference room in which their proffer is meant to start in few minutes, client and Nick hear voices. Without intentionally listening, the conversation that transpires becomes louder and louder to a point where the conversation is audible even through closed doors. The conversation goes like this (most in its originals, some paraphrased):

FBI Agent:  So, tell me about your deal with Company XYZ.

Client: There was no deal.

Prosecutor: Look, the reason we are here today is to work things out. I remind you, you must be truthful or else we need to stop this.

Defense Lawyer: Stop harassing my client. You have a problem, talk to me.

FBI Agent: Well, today’s meeting is not about you, counsel. It’s about your client. We need to hear from him if…

FBI Agent: Are you serious, counsel?

Defense Lawyer: Do you think I am joking [“Lawyer” seems to get up his chair]?

FBI Agent: I think we need to stop.

Prosecutor: I agree, this is not right.

The voices intensify. Different people are yelling at the same time. The parties apparently stand up and pack to leave but continue to raise their voices.

FBI Agent: You just gave us all the reasons in the world to charge you.

Defense Lawyer: What are you talking about?

FBI Agent: Your client had a chance to tell us the truth. He is a liar.

Defense Lawyer: You are the liar. You are a piece of s…

FBI Agent: Whatever. I did not commit a crime. Your client did. Expect an indictment soon. See you in court.

Prosecutor: Bet on it.

The door opens. Out come the outspoken defense lawyer, his client, three agents and a prosecutor. Clearly, that lawyer made a point that he is “very aggressive.” He seems to have liked his performance because he walks out with a huge smile and greets Nick and his Client as if they knew each other and just ran into one another at Starbucks. The lawyer then suddenly turns around to the agents because he feels pushed. The “conversation” continues.

Lawyer: Don’t touch me. Back off, a…hole. You understand?

FBI Agent: Go counsel. You are on premises of the Department of Justice and I ask you to leave. Now! Go to the elevator or we will arrest you. [2 other armed federal agents approach].

Lawyer: You are so non-impressive.

Admittedly, aggressive does not (necessarily) mean disrespectful, rude, and vulgar. But, it can. From the perspective of that lawyer’s client, his lawyer convincingly demonstrated that he is an aggressive criminal defense lawyer. Judging from the client’s satisfied face expressions, the lawyer did exactly what the client hired him for: zealous representation. Both, lawyer and client, left with a sense of accomplishment, perhaps pride. They felt like winners—at least that day.

The true skillset needed to resolve federal cases are profound expertise in the area of law, excellent negotiation skills, and the ability to make compelling arguments in front of prosecutors, judges, and juries. The difference between the two approaches described above is a 92% rate of avoiding an indictment in federal criminal investigations. So, choose wisely. Call Nick directly at 888-680-1745 or contact him online today.