How to Structure a Whistleblower Lawsuit - Oberheiden, P.C.
Skip to content
We will protect your rights, reputation and freedom. Nationwide Federal Defense, Compliance and Litigation. 95% Success Rate.

How To Structure A Whistleblower Lawsuit 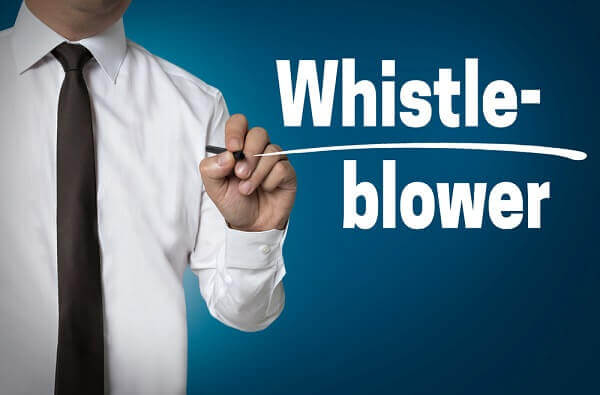 That said, before you approach the government with your information, you need to hire a private lawyer with experience in whistleblower lawsuits. That lawyer’s relationship and history with the government lawyers who will be asked to take over the case is of utmost importance.  The better your lawyer is, and the more experience he or she has, the more likely the government is to take that attorney seriously and read the documents carefully before deciding whether to intervene.  The documents your attorney submits may, alone, determine whether the government even decides to investigate the case at all rather than just declining it immediately.  For that reason, you need to know the way in which a whistleblower lawsuit is structured.  The package of information you present will consist of three parts, each of which must be prepared with deliberate care to make sure that your case is shown to the government in the best light possible.

The first part of any whistleblower case is what most people commonly consider the case itself – the complaint filing a federal (or state) lawsuit.  A strong complaint, in addition to impressing the government with the seriousness of the allegations, will be the first document that the court and the defendants see in the case.  It is vital to let the defendants know exactly what allegations you have against them.

A complaint generally begins with a preliminary statement which should be drafted to draw the reader’s attention to what is going to be presented in the rest of the complaint.  While it is best to refrain from being salacious or overpromising, this part of the complaint should highlight the illegal activity that will be presented.  Next comes a statement of jurisdiction, identification of parties, and a background for the judge on the federal program which is being alleged to have been cheated by the defendants.  While this portion may seem unnecessary, it is best not to assume that the federal judge who will ultimately be assigned the case is familiar with the statutes in questions.

Next comes the most important part of the complaint:  the facts.  This portion of a complaint should always include details, but in a whistleblower complaint the details are especially crucial.  Although the complaint is not the place to include evidence proving your allegations, it should include specific details to allow the court to see both exactly how the fraud is being committed and how the relator knows about the fraud. Finally, the complaint needs to explicitly state each cause of action for which the defendant or defendants is being sued. In addition to False Claims Act violations, this may include conspiracy counts as well as related causes of action such as mail or wire fraud.

B. The Relator’s Disclosure Statement

The disclosure statement will actually serve as the “cover letter” to the packet of information you provide to the government.  It must include, as an attachment, a draft of the complaint you intend to file.  In addition, we find it helpful to attach evidence, which is described in more detail below.

The heart of the disclosure statement is two-fold:  one, you should describe the fraud in as much detail as possible, and refer to the attached evidence to demonstrate the truth of the allegations you have made in the complaint.  Two, and perhaps even more importantly, you should detail for the government the damages that have been caused.  One of the primary concerns of the government attorneys, when deciding whether or not to intervene and take over the prosecution of your case, will be the amount of damages. It is not unusual for people to present wild claims of hundreds of millions of dollars of fraud but only to have evidence of a few hundred dollars of wrongful billing.  Needless to say, this type of bluster does not impress the government.  Instead, you should take the time to carefully explain the amount of fraud you believe has been committed.  If you do not have proof of the total amount, you should explain the basis for the number you have calculated.  Just like in math class, the disclosure statement is a place to show your work!

Finally, the packet you present to the government should include evidence.  While we noted above that the complaint should not include evidence, the packet as a whole should include all of the proof you have at your disposal.  It is not the time to hold anything back; rather, with the government, you should lay all your cards on the table.  For this reason, it is important to include affidavits from the relator or relators swearing to the facts that have been alleged and describing, in detail, how the relator or relators are aware of these facts.  It is also helpful to attach any other evidence you possess showing the fraud, such as copies of billing statements.

To present a whistleblower case to the government, you must have allegations that a defendant has defrauded the government by submitting false claims and evidence to support those allegations.  However, even the best case may falter if you do not find the right attorneys to represent you when you approach the government with your evidence of fraud. Structuring a whistleblower lawsuit requires attorneys with knowledge, experience, and the willingness to work hard to prepare your case. The attorneys at Oberheiden, P.C. have years of such experience and have prosecuted and defended whistleblower lawsuits in state and federal courts across the country.  All initial consultations are free and completely confidential. Contact one of us today.