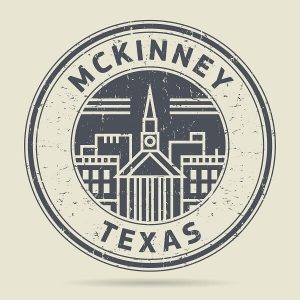 Targets of criminal investigations in McKinney, Texas and the surrounding areas of Collin County entrust their future and freedom to Oberheiden, P.C.. Our North Dallas (Galleria Offices) law firm is comprised of a team with enormous experience, lawyers featured by media stations nationwide, and proven results.

Our federal criminal defense lawyers in McKinney do not have to speculate about the tactics of prosecutors because they have walked in the same shoes. When you hire the attorneys of Oberheiden, P.C., you hire lawyers that previously supervised and led federal investigations in North Texas and that understand the process like few others.

Our North Dallas McKinney federal criminal defense law firm provides the guidance and expertise of former government lawyers with an intimate understanding of federal cases from a prosecutor’s point of view.

When you find out that you have become the focus of a law enforcement investigation by the federal government, the threat to your career, business, financial security, and liberty can be terrifying. The prospect of fighting state criminal charges is daunting, but federal prosecutions pose a far more onerous challenge. At the federal level, targets of investigations and indictments must overcome especially skilled prosecutors, law enforcement agencies with immense resources, different procedural requirements, DOJ policies that discourage leniency, and the harsh impact of the federal sentencing guidelines. Recent policy changes in U.S. Department of Justice and the U.S. Attorney General’s Office have further complicated the process of overcoming the specter of criminal and civil liability in federal court.

Whether you must face a grand jury, defend against federal criminal charges, or protect your interests during a federal investigation, our nationally respected federal criminal defense attorneys provide the expertise in federal procedure and trial practice those accused of federal offenses need.

Indicted by a Federal Grand Jury in the Eastern District of Texas – Oberheiden, P.C.’s Team of Experienced Former Federal Prosecutors

When citizens learn they are being investigated by the Department of Justice, Department of Defense, Federal Bureau of Investigation, Internal Revenue Service, Department of Health and Human Services, Drug Enforcement Agency, Office of Inspector General, or U.S. Attorneys’ Office in Plano (covering McKinney and Collin County), prompt action is necessary. This urgency stems from recent policy changes involving a much harsher approach by the government.

While the Obama Administration had announced a policy to decrease sentences for certain nonviolent drug offenses, Attorney General Jeff Sessions has reversed course. During the middle of 2017, Attorney General Sessions directed federal prosecutors to charge the most serious charges and pursue the harshest sentences. The new policy marks a return to more uniform sentences, which include mandatory minimums, but the policy appears to be even harsher than under the Bush administration. Former Attorney General Holder directed federal prosecutors to closely scrutinize the specific circumstances of a case to determine if a less serious charge or deviation from the sentencing guidelines was appropriate. This more lenient approach included omitting information about the quantity of an accused’s narcotics to avoid automatically triggering harsher sentencing terms. Under the new policy, any exception must be justified with written documentation in the file and approved by a supervising attorney. Pundits contend the lack of specifics about the factors meriting an exception might make prosecutors especially hesitant to deviate from the most draconian application of this stringent charging and sentencing policy.

The emphasis on limiting prosecutor discretion and imposition of more onerous sentences has mirrored a focus of law enforcement agencies on the economic costs of criminal offenses. While these civil and criminal prosecutions take various forms, they include qui tam actions under the False Claims Act (FCA), felony criminal cases under the anti-kickback statute (AKS), and actions by state and local governments seeking reimbursement for inflated healthcare losses related to over-prescription of opioids. These are just a few examples of the financial motivations behind much of the increased prosecutions spurring the crackdown on federal crimes.

While our McKinney federal criminal defense lawyers have the skill and expertise to handle the full spectrum of federal crimes and healthcare fraud involving civil penalties, a few of the cases we handle include:

Mail Fraud & Wire Fraud: These offenses can be charged when an individual has used false representations through the mail or wire communications (e.g. internet, telephone, media broadcast) to defraud a victim. Many defendants charged with wire or mail fraud also will face conspiracy charges. While our defense to such a charge will depend on the specific facts, one common area we explore is whether there was actually an intent to defraud. A misleading statement alone is not sufficient for the prosecutor to obtain a fraud conviction. The false representation must have been made with the intent to cheat another.

“Pill Mill” Allegations: The opioid epidemic has prompted an intense investigation of doctors, pharmacists, and other medical providers who provide prescription narcotics for the treatment of chronic pain. Because of the experience of our attorneys as former prosecutors, we have a thorough understanding of how law enforcement agencies like the DEA or FBI utilize federal drug conspiracy law intended for the prosecution of street-level drug crimes to pursue medical professionals. Our law firm often works with top medical experts to explain that the prescribing practices were legitimate and lawful. Oberheiden, P.C. has special expertise in defending against all forms of healthcare fraud.

Federal Tax Fraud & Tax Evasion: Any person who attempts to elude tax obligations or payment of tax can be convicted of a felony. If you are convicted, the penalties include a term of imprisonment up to 5 years, a maximum fine of up to $100,000, and reimbursement for the prosecution costs. When you are charged with tax fraud, you also could face charges of making a false statement to government officials, forgery, and making a false claim against the government. One strategy in avoiding a conviction of tax evasion might involve challenging whether the accused’s conduct was “willful.” Our attorney might produce evidence that the accused relied on the advice of others.

Federal Drug Conspiracy Charges: A federal drug conspiracy refers to an agreement between two or more individuals to engage in a drug offense. Federal law enforcement agencies and federal prosecutors often use conspiracy law to sweep up a significant number of parties allegedly involved in the same scheme. Sometimes a very small role can result in consequences comparable to individuals at the center of the conspiracy. While the precise circumstance of the alleged conspiracy will dictate the most effective defense, we will certainly examine any searches performed by law enforcement to determine if any drugs or money were found or seized unlawfully.

Bribery & Public Corruption: While several statutes apply to bribery of public officials, the federal bribery statute forbids corruptly promising, giving, or offering anything of value to a federal public official or appointee with the intent to influence the individual. A common defense to this charge might be to contest whether the person who received compensation was a “public official” or whether the accused had an intent to influence the recipient of the benefit.

Money Laundering: This offense will be charged when money obtained through unlawful means is used in such a way to make it appear the funds were obtained legitimately. An effective defense strategy could include contesting that a reasonable person would not have known the money came from an unlawful source.

Some Specific Federal Crimes We Handle in North Texas

Why Clients Want Oberheiden, P.C. on Their Side

Agents with the Federal Bureau of Investigation (FBI), U.S. Department of Justice (DOJ), Alcohol, Tobacco & Firearms (ATF), and other federal law enforcement agencies use exceptionally skilled agents with access to sophisticated law enforcement tools and techniques. Prosecutors in federal court also tend to have much lighter caseloads. Federal prosecutors have been directed to charge the most serious sustainable charge and pursue a maximum sentence, which limits plea negotiations and leniency. Judicial discretion also is limited by the federal sentencing guidelines that include harsh mandatory minimums.

Although we have an impeccable record in federal court, we pride ourselves on preventing our clients from facing federal criminal charges. When our clients retain Oberheiden, P.C. as soon as they learn they are the subject of a federal investigation or the target of a grand jury, we have a long record of success, shielding our clients from ever facing federal criminal charges. A very small percentage of our clients that were subject to a Grand Jury investigation, an OIG subpoena, or a target letter were prosecuted after we entered the case.

If you have learned you are the target of a grand jury or facing federal charges, the best option is to talk to an experienced lawyer about your rights, defenses, and legal options. Our team has provided answers to a few common questions.

Do I need an attorney if I have received a grand jury subpoena?

While representation by an attorney is not mandatory under a grand jury subpoena, several reasons exist to obtain legal representation. Your lawyer can make sure that you are prepared for the types of questions you will be asked. If the subpoena requests documents, your attorney can review and analyze the documents. He or she can advise you on whether you have a valid basis to refuse to comply, such as marital privilege or attorney-client privilege. Your lawyer can also analyze your situation and help you understand whether you are the target of the grand jury or a witness.

What type of federal offense does your law firm particularly focus on handling?

A special focus of our practice are white-collar offenses and, in particular, federal fraud charges like bank fraud, tax fraud, mortgage fraud, and healthcare fraud. Although our attorneys have the experience and expertise to handle the full spectrum of federal criminal offenses, we have developed a national reputation as an industry leader in defending physicians, pharmacies, toxicology laboratories, and other medical professionals and entities accused of healthcare fraud and related offenses. Our healthcare clients often find they are under investigation related to the following laws:

What should a person avoid doing when under the cloud of a federal grand jury indictment?

The most important step when you learn you have been indicted is to avoid discussing your case with anyone other than your criminal defense attorney. While the information you discuss with your lawyer is protected by attorney-client privilege, friends, family, and other can be compelled to testify about such incriminating information. Further, communicating information to your attorney in the presence of a third-party could result in a waiver of attorney-client privilege.

If you are the target of a federal investigation, the other priority is to avoid the destruction of documents or the altering or deleting of electronic files/documents. Federal agents are extremely good at recovering electronic documents, so attempts to destroy or modify such information will only make it appear you are guilty. Further, the destruction of documents or deletion of relevant computer files might also result in you being charged with the federal crime of obstruction of justice.

If you are facing the prospect of taking on skilled federal prosecutors and the harsh federal sentencing guidelines, our law firm offers a free consultation, so we can analyze your situation and protect your rights. Call Oberheiden, P.C. at 888-680-1745or request a free case evaluation online now to discuss your options. Our North Texas office is located at 5728 LBJ, Suite 250 in Dallas, Texas 75240.