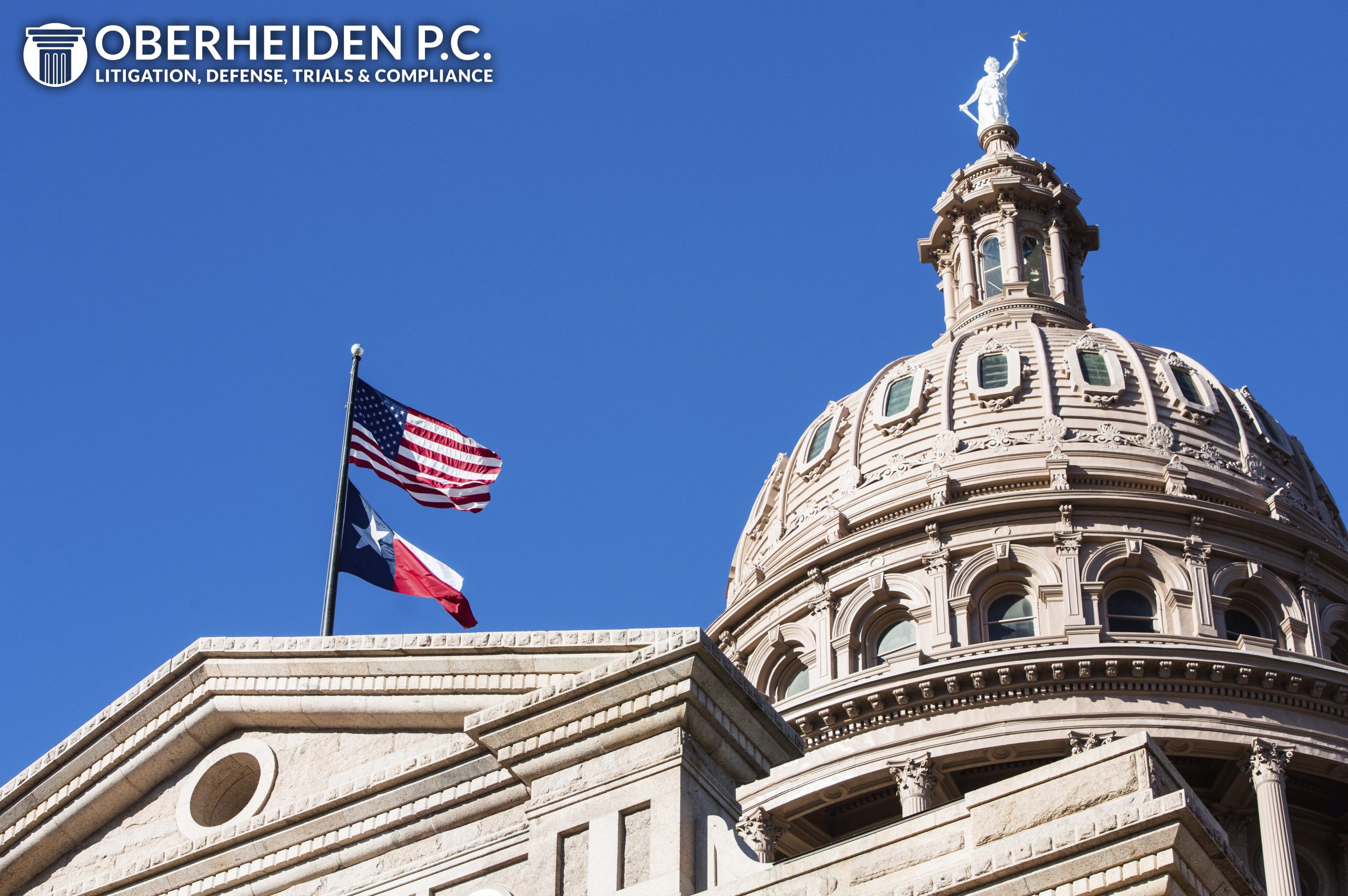 Few experiences are more disturbing than the discovery that powerful federal agents from the F.B.I., the U.S. Department of Justice, Office of the Attorney General, or Internal Revenue Service – Enforcement Division have you in their crosshairs. A tax audit, FBI investigation, or federal grand jury indictment could all land you in criminal court facing stiff penalties. Although no one wants to be the target of any criminal investigation or grand jury proceeding, the prospect of facing criminal or civil sanctions in federal court involves higher stakes and, with that, tougher opposition. Federal crimes are investigated more aggressively by well-funded enforcement agencies, and a conviction carries a severe punishment that may include long prison terms, substantial fines, and other life-changing consequences. Our federal criminal defense lawyers serving Mesquite have several attorneys who had distinguished careers within the federal government. Our lawyers have served in a wide range of roles as prosecutors that include: Although most people never expect to be contacted by a federal agent, the government has never pursued criminal cases more aggressively. Federal authorities have placed a special emphasis on pursuing fraud, SEC violations, unpaid taxes, and other white-collar offenses with a focus on recouping losses that drain the public. This focus on financial crimes means that a federal government with almost unlimited prosecutorial and law enforcement resources faces virtually no monetary barriers to pursuing a broad range of criminal and civil actions that not only pay for the cost of litigation but also generate increased revenue for the federal government.

Experience will be the most important trait that most individuals or companies facing criminal charges will want in their attorney. The unique background of our Mesquite criminal defense lawyers at Oberheiden, P.C. involves a different kind of experience beyond just defending cases in federal court. Our law firm is comprised of multiple lawyers who had distinguished careers working for federal law enforcement agencies before switching to criminal defense. This expertise means that our attorneys can anticipate what law enforcement agencies and federal prosecutors will do because our lawyers have taken those same steps when they were pursuing criminal cases for the government. Because we have lawyers who have pursued similar charges as prosecutors, we recognize where to focus our attention when challenging federal law enforcement conducted searches, forensic tests, and interrogations. Our Mesquite federal criminal defense lawyers also are in a unique position to dissect the government’s case and identify weaknesses that can be exploited to reach a favorable plea agreement or to succeed at trial. Our law firm has a national reputation based on an exemplary record in over a thousand grand jury cases and trials. People from all walks of life choose Oberheiden, P.C. because of the depth of our experience and a record of impressive results. Clients choose us based on several reasons, including but not limited to the following:

Importance of Representation by a Federal Criminal Attorney

While you can select any licensed lawyer to represent you, federal criminal defense differs significantly from state criminal cases. Many criminal attorneys are in state criminal courts every day, but they rarely handle federal crimes. If you are the subject of a federal investigation, grand jury subpoena, or formal federal charges, the quality and quantity of your lawyer’s experience defending against federal charges could determine your future. Our Mesquite criminal defense attorneys rely on our experience handling thousands of federal cases involving civil and criminal penalties. You might face a criminal investigation for committing an unlawful act across state lines or because you have violated a federal statute. Our lawyers represent clients through all phases of a criminal case and against allegations of civil or criminal liability brought by federal agencies that investigate and prosecute crimes or pursue civil penalties. When you are dealing with federal law enforcement authorities, you need to be aware of fundamental differences that make federal criminal cases potentially more complicated.

The severity of charges and sentencing differ greatly from state court criminal cases. Attorney General Jeff Sessions has adopted a policy that limits prosecutor discretion in charging offenses and results in more severe sentencing. Under a policy announced in May 2017, Sessions unveiled a new policy that represented a departure from the sentencing reform advocated by former President Obama that was aimed primarily at easing penalties for some drug offenses. Sessions approach directs federal prosecutors to pursue the most serious charges and penalties which include full use of mandatory minimum sentences under the federal sentencing guidelines. Sessions reversed prior AG Eric H. Holder’s policy urging federal prosecutors to avoid charging offenses that would trigger mandatory minimums. Under Sessions, prosecutors are to charge the most serious crimes, carrying the harshest sentences. If you are charged with a criminal offense related to drug trafficking in federal court, such as being part of a drug conspiracy, you must have a skilled and proven criminal defense attorney prepared to take your case to trial to counter these though charging and sentencing policies. The federal sentencing guidelines tend to impose far harsher sentences than state law for comparable crimes even aside from the recently adopted draconian policy.

Need for Experience in Complex Areas

Whether you are accused of participating in a healthcare fraud scheme or unlawfully evading tax liability, these complex financial crimes often necessitate the use of experts. Fraud and other white-collar crimes often involve navigating massive paper trials that can extend to tens of thousands of documents or e-discovery of massive amounts of computer files. Federal law enforcement authorities like the FBI, DOJ, IRS, and others will have experts reviewing these documents and data, which means you need experts to uncover favorable evidence and dissect government claims.

Most Skilled and Well-Funded Law Enforcement and Prosecutors

Although most law enforcement officers and prosecutors are reasonably proficient, the federal government generally attracts superior talent. Agents at federal law enforcement agencies receive special training and have access to sophisticated investigation tools and techniques that often will be unavailable to police officers at the state and local level. Prosecutors at the federal level also are exceptionally skilled and experienced. Their performance is enhanced by the fact that they tend to handle a far smaller number of cases.

Exemplary Defense of Medical Industry and Pharmaceutical Professionals and Businesses

Our law firm has a well-established reputation for effectively representing doctors, laboratories, compounding pharmacies, nursing homes, drug rehabilitation centers, and other individuals and companies accused of Medicare, Medicaid, and Tricare fraud in federal courts. The risk of medical providers being subjected to a fraud investigation and prosecution have never been higher. The government recovered $2.4 billion through healthcare fraud settlements, judgments, and related proceedings during 2015. The government in recent decades has ramped up the pursuit of recoveries for healthcare fraud. Since the creation of the Healthcare Fraud and Abuse Control (HCFAC) Program was launched, the program has promoted the recovery of $29.4 billion to the Medicare Trust Funds. The Healthcare Fraud Prevention and Enforcement Action Team (HEAT), which is a collaboration between the Department of Justice, Health and Human Services, and the Office of Inspector General, also has played a substantial role in cracking down on medical professionals. The Dallas-based Medicare Fraud Strike Force is a powerful weapon wielded by HEAT with a collection of investigators, analysts, and prosecutors who target and mitigate fraud schemes. Oberheiden, P.C. defends healthcare professionals and entities against actions brought under the False Claims Act, Anti-Kickback Statute, Stark Law, Healthcare Fraud Statute, Exclusion Provisions, and the Civil Monetary Penalties Law. If your future is obscured by the prospect of civil or criminal liability, our Mesquite federal criminal defense lawyers have immense experience taking on federal prosecutors in cases involving healthcare professionals and businesses. We have successfully defended against healthcare fraud allegations in a large variety of cases. We also have a track record of keeping medical practitioners and entities engaged in audits from being referred for a federal investigation or grand jury subpoena.

n most cases, agents investigate federal crimes with federal agencies like the ATF, Secret Service, IRS, FBI, DEA, ATF, and others. Frequently, state and federal law enforcement coordinate their efforts when handling federal cases. Most federal offenses are prosecuted by the U.S. Attorney’s Office in the region where the crime was committed. Depending on the facts and circumstances, a DOJ attorney or a prosecutor from a specific agency might prosecute the matter.

Why did the federal government charge me, and not the state prosecutor?

The relationship between the state and federal government is a complicated one, particularly when it comes to which offenses are prosecuted in federal court. In many instances, federal prosecutors have the option to charge someone in federal court, but choose not to do so because state prosecutors take over the case. However, federal prosecutors tend to hand-pick the cases that are the most serious, noteworthy, or that have other significant implications. There are also a fairly large class of crimes that can only be brought in federal court, for example violations of federal statutes for which there is no state equivalent. If you have discovered that you are facing federal criminal charges, get in touch with a Texas federal criminal defense attorney immediately to discuss your options.

How should I respond if the federal government contacts me?

There are several ways that you might be notified you have fallen under the scrutiny of federal authorities. One way to learn that you are under a cloud of suspicion from the federal government is to receive a subpoena from a federal grand jury. When you appear before the grand jury, the jurors will consider evidence and testimony to decide whether there is a sufficient basis to bring a charge or multiple charges. Another method of providing notice is receipt of a target letter. Alternatively, you might be contacted by a federal agent to come in for an interview. Regardless of the means of notification, you should not speak to federal agents without legal representation from a proven Mesquite federal criminal defense lawyer. While you cannot take a lawyer into a federal grand jury room, your attorney can wait outside for consultation to guide you through the process.

How long will my federal criminal case last?

While criminal cases in state court tend to move relatively slow, federal court cases move much faster. The Speedy Trial Act generally requires the government to pursue an indictment within 30 days of an arrest. The law also requires the prosecutor to try a federal criminal case within 70 days from the time an indictment is returned or the date of arrest, whichever occurs later in time.

When a shadow is cast over your future by the threat of incarceration or enormous civil penalties, our experienced former federal prosecutors tenaciously fight for our clients. The attorneys of Oberheiden, P.C. have litigated many criminal trials. Call us at 888-680-1745 or request a free case evaluation online now to discuss your options.