What Accountants Need to Know About Tax Fraud - Federal-Lawyer.com
Skip to content
We will protect your rights, reputation and freedom. Nationwide Federal Defense, Compliance and Litigation. 95% Success Rate.

What Accountants Need to Know About Tax Fraud 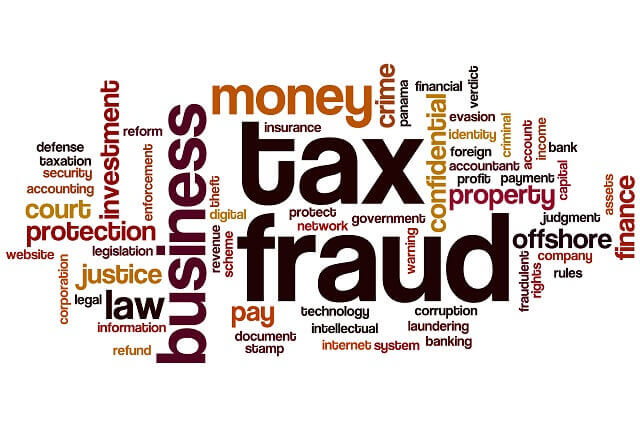 Not just since the case against the former personal attorney to the President, Michael Cohen, who famously pled guilty to tax fraud in 2018, have tax fraud charges become more of a national phenomenon in federal criminal cases. Unlike in the past, when the government focused its investigations against those tax payors that simply did not provide truthful information about their income, a plethora of current prosecutions suggest that tax preparers and CPAs themselves are increasingly targets of grand jury proceedings and federal criminal prosecutions.

Attorney Dr. Nick Oberheiden, who successfully avoided any charges against his client in the Michael Cohen case, has substantial experience representing individuals and targeted businesses against accusations of tax fraud and related charges such as bank fraud, mail fraud, wire fraud, mortgage fraud, and investment fraud. Together with a team of former high-level DOJ officials, Dr. Oberheiden offers free and confidential consultations to those concerned about or affected by tax fraud allegations.

Criminal Prosecutions Against Accountants Are Happening Across the United States: Here Are Some Recent Examples

How Did Other Oberheiden, P.C. Clients Learn that They Are Under Investigation for Tax Fraud?

The majority of clients come to Oberheiden, P.C. after they were formally notified that they are subject to an investigation. In most cases, the registered businesses of tax preparers, CPAs, and other tax professionals receive a grand jury subpoena, which orders them to produce certain specified documents such as tax returns, bank statements, income statements, or corporate documents. Other clients report that they were visited by IRS agents with a request for an interview. Another large group of accountants call Oberheiden, P.C. out of an abundance of caution when they became aware that one of their customers is being prosecuted for tax fraud. Although less common in tax cases, the government, in particular in recent times, has also utilized the tool of a federal search and seizure warrant to secure potential evidence from an accountant’s office after having obtained the approval by a federal magistrate judge.

What Should You Do When You Receive a Grand Jury Subpoena?

We cannot emphasize enough how important it is to seek legal counsel as soon as you develop concerns or have reason to believe that you or one of your clients is under IRS investigation. So much more can be done to help clients at the beginning of an audit or investigation while, at later stages of an investigation, the means to undo mistakes or to regain missed opportunities are significantly slimmer.

What Is Tax Fraud?

Tax fraud, in simple language, refers to intentional misrepresentations (lying) on your tax return and falsifying tax documents. Tax evasion, by contrast, stands for the use of illegal means to avoid paying your taxes. Tax fraud, in its most common application, is a federal felony offense that is governed by 26 U.S.C. 7206 (1). Pursuant to this statute, a person is guilty of tax fraud if the following conditions are met:

Because tax fraud and tax evasion are federal crimes, these offense types are investigated by the IRS Criminal Investigation Division and the Federal Bureau of Investigation and prosecuted by Assistant United States Attorneys either from the Department of Justice or one of the 95 local U.S. Attorney’s Offices spread across the 50 U.S. states.

What Are the Penalties for Tax Fraud?

A defendant convicted of tax fraud at trial or a defendant who decided to plead guilty to tax fraud must expect harsh penalties. Pursuant to Title 26 of the United States Code, a defendant guilty of tax fraud will be ordered to not more than 3 years imprisonment, a term of supervised release of not longer than 3 years, a fine not to exceed $ 250,000; asset forfeiture, and a mandatory special assessment. The exact exposure depends on the amount that was owed to the IRS. The more money was non-reported, the higher the sentence expectation. All sentencing calculations are subject to complex mathematical analysis under the Federal Sentencing Guidelines and consider, besides the damage amount, the defendant’s prior criminal history, the motivation for the offense, the restitution already paid, and a variety of other factors tailored to the circumstances of the offender.

What Is the Statute of Limitations for Tax Fraud?

In criminal tax evasion investigations, the Statute of Limitations is typically three years. However, if the IRS audit reveals that more of 25% of your income had been concealed, the SOL extends to six years.

What Are the Steps of a Tax Fraud Investigation?

Like all federal cases, tax fraud investigations occur in several stages. Starting with a complaint or a lead, IRS agents begin to investigate a case by interviewing potential witnesses, requesting documents to be produced, or sometimes also by way of surveillance. Once the agents believe to have sufficient information to confirm the validity of a lead, they will approach an Assistant United States Attorney (AUSA) to formalize the investigation by either issuing subpoenas to witnesses or targets or to request the testimony before a grand jury. In a process that can easily take months, sometimes years, the job of the grand jurors then is to assess the gathered written and testimonial information to ultimately decide whether or not to indict the targeted individual.

How Can Accountants Get Entangled into a Federal Conspiracy?

Accountants must realize the dangers of becoming entangled into a federal tax fraud conspiracy. Federal prosecutors like to charge federal cases by way of a conspiracy because it allows them to glue various defendants together into one case by simply arguing that each of those defendants contributed something to the overall success of the tax fraud scheme. Importantly, the law does not require that all defendants explicitly agreed to defraud the IRS. Similarly, defendants do not need to know all aspects of the fraud. Decisive is that they worked in concert and everyone added an overt act.

Oberheiden, P.C. is a boutique law firm with a clear focus on assisting professionals defend against accusations in federal criminal cases. We handle cases nationwide and, by doing so, we have built a track record of avoiding charges in hundreds of federal fraud investigations. When you work with us, you will be represented by a team of partner-level attorneys that have spent their careers in the federal criminal justice system. Among the lawyers that are available for you are:

The only request we have is for you to contact our firm as soon as possible. The moment you become aware of an audit or investigation, whether you heard rumors or received a government subpoena, you should immediately seek the advice of attorney Dr. Nick Oberheiden and his team. The earlier your attorneys can assist, the earlier they can provide clarifications to the government or work on a resolution—the disproportionately higher your chances to escape a formal prosecution.