What are the Penalties for Public Corruption Under Federal Law? - Federal Lawyer
Skip to content
We will protect your rights, reputation and freedom. Nationwide Federal Defense, Compliance and Litigation. 95% Success Rate.

What are the Penalties for Public Corruption Under Federal Law? 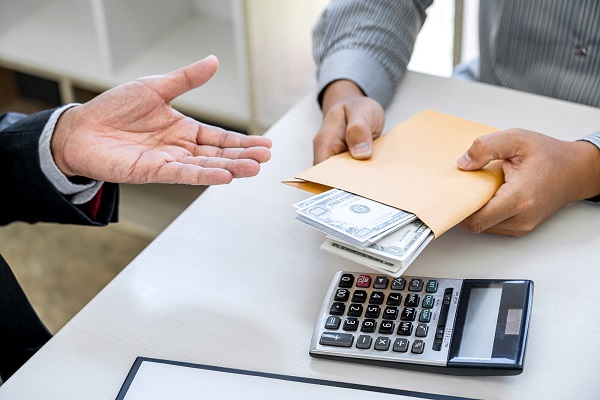 Public corruption allegations can take many forms, and government officials, public employees, and private citizens accused of engaging in corrupt schemes can face multiple severe penalties under federal law. The U.S. Department of Justice (DOJ), other federal law enforcement agencies, and the federal courts all take cases of alleged public corruption extremely seriously, and individuals charged with corruption (and related crimes) must defend themselves by all means available.

Call 888-680-1745 now for a free and confidential consultation with one of our senior federal defense attorneys.

What is at risk if you are being targeted for prosecution on federal public corruption charges? As the following recent cases show, your public office or business, your finances, and your personal freedom could all be on the line:

1. U.S. Department of Justice (DOJ) Attorney Admits to Selling Department Files in an Attempt to Build a Private Practice

A former U.S. Department of Justice (DOJ) attorney in Washington D.C. pleaded guilty to corruption charges in March 2018 following allegations that he sold department records to criminal defendants and attempted to sell information to companies that were the subjects of ongoing federal investigations. According to the plea agreement, the attorney admitted to selling dozens of sealed DOJ files to outside companies.

The attorney also admitted that he was planning on leaving the DOJ to go into private practice, and that his intention was to develop a personal relationship with these companies in order to increase his future business. As a result of pleading guilty to the scheme, the attorney was sentenced to two and a half years in prison on two counts of obstructing justice.

A former consultant to the District of Columbia Department of Human Resources (DCHR) was indicted for his role in a federal corruption scheme involving fraudulent payments. According to the indictment, the consultant submitted fraudulent invoices to DCHR for work that was never done. He then kept the money DCHR paid instead of depositing it with his company. The contractor allegedly pocketed more than $1.1 million as a result of the scheme.

In an attempt to cover up his scheme, the consultant also allegedly paid $140,000 in bribes to the employee at DCHR who wrote the checks to pay the fraudulent invoices. The bribe money was allegedly intended to ensure that the employee did not report the amount that DCHR was paying the contractor to higher-ups within the department.

A former management analyst for the District of Columbia State Superintendent of Education pleaded guilty for her role in a public corruption scheme. According to the plea agreement, the analyst accepted bribes in exchange for falsifying payment records. The analyst admitted receiving almost $45,000 from an outside company in exchange for processing payments totaling almost $500,000 for services that had never been performed. The analyst admitted to knowing the services had never been performed was sentenced to 56 months in prison on two counts of conspiracy to commit bribery.

The owner of an education facility pleaded guilty to bribing a public official at the U.S. Department of Veterans Affairs (VA) in Washington D.C. According to the plea agreement, the owner set up an education facility to provide vocational services to disabled veterans after learning the facility could receiving funding from the federal government.

However, the owner never received federal accreditation for her facility, and instead paid bribes to a VA official in exchange for the official issuing payment as if her facility was providing services to veterans. As a result of the scheme, the owner received $83,000 in fraudulent payments. The owner pleaded guilty to one count of bribing a public official and was sentenced to 30 months in prison.

A man working for Point Coupee Parish in Louisiana was arrested in connection with an alleged fraud scheme targeting public funds. According to the charging documents, the man was an account clerk for Point Coupee Parish and is alleged to have stolen more than $6,000 by accessing the parish’s account containing money from paid traffic tickets through its computer system. To cover his tracks, the employee would allegedly delete transactions in the computer system in order to try to make it appear as though the money was properly accounted for. He was charged with felony theft, malfeasance in office, and computer fraud.

6. Mayor Pleads Guilty to Misappropriating Public Funds for Personal Use

7. Another Mayor Pleads Guilty to Misappropriating Public Funds for Personal Use

A former state official in Louisiana has been charged in relation to his allege involvement in a public corruption scheme targeting federal grant funds. According to charging documents, the official is accused misappropriating federal grant funds awarded to the Louisiana Department of Health and diverting the funds to his personal business. Based on these allegations, the former state official is being charged with public bribery, malfeasance in office, theft, and money laundering.

Allegations of Public Corruption Can Lead to Multiple Federal Charges

As you can see from these examples, in cases involving allegations of public corruption, prosecutors will often pursue charges for multiple related crimes as well. Along with public corruption charges under 18 U.S.C. § 201 or 18 U.S.C. § 641, potential additional charges in federal cases include:

With even a single count under 18 U.S.C. § 201 carrying a potential 15-year prison sentence, it is not hyperbole to state that individuals targeted in public corruption investigations truly have everything to lose. If you are being targeted – or if you think you may be at risk of being targeted – you need to defend yourself, and this starts with engaging a federal defense team. At Oberheiden P.C., our defense attorneys, former federal prosecutors, and former federal agents have the background, experience, and resources needed to fight the government’s allegations effectively. To find out what defenses you have available, contact us for a complimentary case assessment. We are available 24/7.

Are you at risk for being indicted on federal public corruption charges? To speak with a member of Oberheiden P.C.’s federal defense team in confidence, call 888-680-1745 or tell us how to reach you online now.