What Are the Penalties in Healthcare Kickback Cases? - Federal Lawyer
Skip to content
We will protect your rights, reputation and freedom. Nationwide Federal Defense, Compliance and Litigation. 95% Success Rate.

What Are the Penalties in Healthcare Kickback Cases? 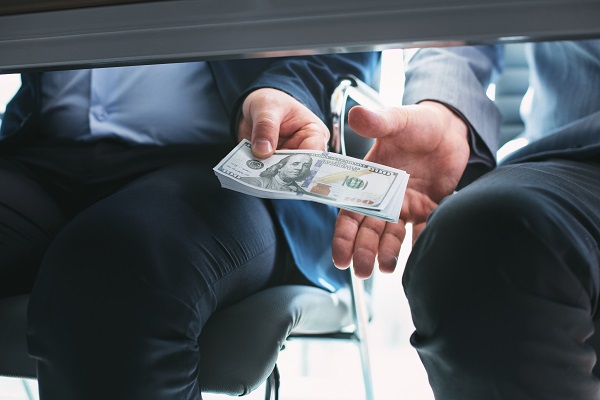 Here is Why Healthcare Marketing Specialists, Physicians, and Healthcare Business Owners from Across the United States Want Oberheiden P.C. on Their Defense Team

Call Oberheiden P.C. today. You will only work with senior attorneys and no junior lawyer will waste your valuable time. Our goals are clearly defined: no criminal charges, no license suspension or revocation, no exclusion from CMS, no civil liability—as we have accomplished in countless cases all throughout the United States. Our clients will only work with:

Before you call us, we want to share a small selection of our track record so that you can see how we have resolved kickback allegations and saved our clients from criminal charges, loss of freedom, or loss of their licenses. Don’t experiment with your freedom. Call us today, including on weekends to see how we can protect you.

FBI Agents Show Up at Your House/Office

Most targets will first become aware of an investigation when they see FBI or HHS-OIG agents approach them unexpectedly at their house or clinic. If this happens to you, please call us immediately. You should resist the temptation to be interviewed by agents as their tactical goal will be for you to incriminate yourself. The better approach is to inform them that you are represented so that your lawyer can first find out what your status in the investigation is and how you could improve your status (e.g. criminal immunity) by cooperating. Oberheiden P.C. has represented hundreds of individuals in FBI/OIG investigations and, in the vast majority, concluded these matters with no criminal charges against our clients.

If you find yourself or your business served with a Grand Jury subpoena one day, all alarm buttons must go off. Grand jurors determine whom to charge with a felony and the fact that they are interested in obtaining information from you is a very meaningful event. Oberheiden PC attorneys have avoided criminal charges in grand jury cases across the United States including those involving physician kickbacks, marketing kickback schemes, telemedicine cases, compound and pharmacy cases, toxicology and CGX laboratory, home health services, and many more. Call our proven team today to find out how we can help you.

Oberheiden PC Attorneys Have Demonstrated Their Ability to in Courts Across the U.S.— and Obtained Acquittals, Hung Juries, and Dismissals in White-Collar Criminal Cases. Call Us and Find Out How We Can Help You!

If your practice received a Grand Jury Subpoena, a subpoena from the Department of Health and Human Services (HHS), the Office of Inspector General (OIG), an interview request from the FBI, or if you have reason to believe that the government is investigating you, then don’t wait. Call founder attorney Dr. Nick Oberheiden today (including on weekends) to find out how to protect your license and your career.

What Does the Government Have to Prove in a Federal Criminal Healthcare Fraud Case?

Healthcare fraud is regulated in numerous federal statutes, in particular at 18 U.S.C. 1347. Depending on the case allegations and whether or not a case is charged as a conspiracy, the government may try to proceed with one of the following statutes:

Under 42 U.S.C. 1320a-7(b)(b), the government must prove all of the following elements beyond a reasonable doubt:

Under 18 U.S.C. 1347, the government must prove all of the following elements beyond a reasonable doubt:

What Are the Penalties for Criminal Kickbacks?

Most, but not all, illegal kickback investigations are criminal, not civil, in nature. In case of conviction at trial or by entering a plea, physicians are at risk of losing their medical license and CMS billing privileges. Further, in cases brought under the general healthcare fraud statute located at 18 U.S.C. 1347 (in particular used for illegal kickbacks involving commercial insurance and not federal patients), a defendant guilty of healthcare fraud is subject to up to 10 years imprisonment per count at sentencing, a term of supervised release, criminal fines, asset forfeiture, and a mandatory special assessment. The Federal Sentencing Guidelines contain a sentencing calculation formula that will be based one of two considerations in kickback cases: the damage amount the incentivized and illegal referrals created (Example 1 below) or, more favorably, the government may simply declare the net amount of the kickback payments the damage (Example 2 below).

Here Are some Recent Examples of Kickback Prosecutions

The general rule in criminal healthcare fraud investigations is that the Statute of Limitations will run for five years. However, 18 U.S.C. 3282 is subject to important exceptions, especially in cases that are structured as federal conspiracies.

Why Are Physicians Often Charged in a Federal Conspiracy?

The conspiracy option allows the government to prosecute multiple defendants in one legal action rather than in a series of individual cases. It is important to understand that the government is not required to prove an explicit agreement or understanding among the co-conspirators. If, for example, a spine surgeon accepts a kickback from a spine DME company, and the government decides to charge the physician as well the responsible owner of the DME company as well as the hospital owner where the surgeries where performed, then it is not needed to show that each of the three individuals in that example have ever met in person or ever talked to each other. A knowing aiding, abetting, contributing to the overall kickback scheme is sufficient.

To speak with a member of our federal healthcare fraud defense team as soon as possible, call 888-680-1745 or tell us how to reach you online now.