What Does the Federal Government Have to Prove in Order to Establish Criminal “Intent”? - Federal Lawyer
Skip to content
We will protect your rights, reputation and freedom. Nationwide Federal Defense, Compliance and Litigation. 95% Success Rate.

Home » What Does the Federal Government Have to Prove in Order to Establish Criminal “Intent”?
Quick Practice Area Locator
Criminal Process

What Does the Federal Government Have to Prove in Order to Establish Criminal “Intent”? 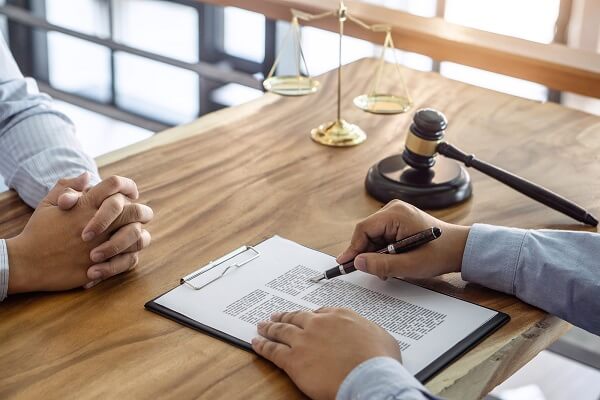 In many cases, the federal government has the option to either pursue civil or criminal charges against an individual suspected of violating the law. In deciding whether to pursue civil or criminal charges, the key distinguishing factor is often the element of criminal “intent.” While many federal laws allow for the civil prosecution of individuals who unintentionally violate the law, in order to be culpable for a criminal offense, these same statutes often require evidence of intent.

But, this begs the question: What constitutes criminal “intent”? This question does not have a single answer, and the issue of intent is often at the core of federal criminal trials. In broad terms, depending upon the specific federal statute (or statutes) at issue, criminal “intent” could mean:

In addition, the concept of intent is often conflated with the concept of “knowledge.” If a person knows he or she is participating in a certain course of conduct, does that necessarily mean that he or she intended to do so? What about “willful ignorance”? If a person should have known that his or her conduct was unlawful, is this enough to establish the requisite mental state for criminal culpability?

To begin, it is important to distinguish between the concepts of “general intent” and “specific intent.” The concept of “general intent” covers the first bullet point above—the intent to commit a specific act. In order to hold general intent, a person does not have to intend to violate the law, all that is necessary is that he or she intends to commit an act that is illegal. This is the basis for the common phrase, “Ignorance is not a defense.”

Another type of specific intent involves the intent to violate a particular federal statute. While this level of intent is required in some cases (for example, for certain tax crimes), many federal laws explicitly state that no such intent is necessary. For example, the criminal provisions of the federal Anti-Kickback Statute include a clause which states:

The federal courts have further clarified the lack of specific intent required for criminal culpability under the Anti-Kickback Statute. For example, in the 2017 case of U.S. v. Waller, the U.S. District Court for the Southern District of Texas approved a jury instruction which read:

When Does Knowledge or Willfulness Qualify as “Intent”?

As referenced in the quote above, the court in U.S. v. Waller also addressed the question of when knowledgeable or willful conduct is enough to demonstrate the requisite “intent” for criminal culpability. The pertinent provision of the Anti-Kickback Statute states:

“Whoever knowingly and willfully solicits or receives any remuneration (including any kickback, bribe, or rebate) directly or indirectly, overtly or covertly, in case or in kind—(A) in return for referring an individual or person for the furnishing or arranging for the furnishing of any items or service for which payment may be made in whole or in part under a Federal healthcare program . . . shall be guilty of a felony and upon conviction thereof, shall be fined not more than $25,000 or imprisoned for not more than five years, or both.”

As you can see, the statutory language does not contain the word, “intent,” but instead requires that an unlawful transaction be entered into, “knowingly and willfully.” In U.S. v. Waller, the defendant argued that “knowingly” and “willfully” were separate elements, and that simply proving that she knowingly engaged in the transaction in question was not enough to constitute a crime. Instead, in order to obtain a conviction, the prosecution must prove that she, “acted with the specific intent to defraud.”

The court disagreed. Citing precedent from the U.S. Court of Appeals for the Fifth Circuit, the court held that the defendant’s construction of the statute was “erroneous” and that, “‘the Government need only prove that [the defendant] knowingly and willfully received commissions in exchange for referrals.’” Based upon this decision, the court stated that it was not necessary to define “willfully” separately from “knowingly” when explaining to the jury what was necessary in order to establish guilt beyond a reasonable doubt.

“If two or more persons conspire [] to commit any offense against the United States, or to defraud the United States . . . in any manner or for any purpose, and one or more of such persons do any act to effect the object of the conspiracy, each shall be fined under this title or imprisoned not more than five years, or both.”

Preventing the Government from Proving Criminal Intent “Beyond a Reasonable Doubt”

Regardless of the applicable standard for proving intent in a particular case, in federal criminal cases the prosecution always has the burden of proving guilt “beyond a reasonable doubt.” This burden of proof applies to each element of each charge at issue in the case. So, if you are facing a federal charge and the government can indisputably prove that you committed the act in question but it cannot prove that you had the requisite general or specific intent, then you do not deserve to be convicted at trial.

While this is a high burden—the highest burden of proof in any court proceeding—federal prosecutors regularly succeed in proving the requisite intent for criminal culpability (if they didn’t, far fewer people would be sitting in federal prison). However, defendants often succeed in challenging the government’s proof of intent as well; and, in many cases, lack of evidence of intent is the only issue that prevents a guilty verdict in open court.

So, what does it take to prevent the government from proving criminal intent beyond a reasonable doubt? The question of criminal intent is highly fact-specific; and, while it is sometimes possible to affirmatively demonstrate a lack of intent, it is also enough to merely raise questions with regard to the sufficiency or admissibility of the government’s evidence. This can be done by raising defenses including (but not limited to):

Speak with a Federal Criminal Defense Lawyer at Oberheiden, P.C.