What Happens In A Federal Criminal Case? - Federal Lawyer
Skip to content
We will protect your rights, reputation and freedom. Nationwide Federal Defense, Compliance and Litigation. 95% Success Rate.

What Happens In A Federal Criminal Case? 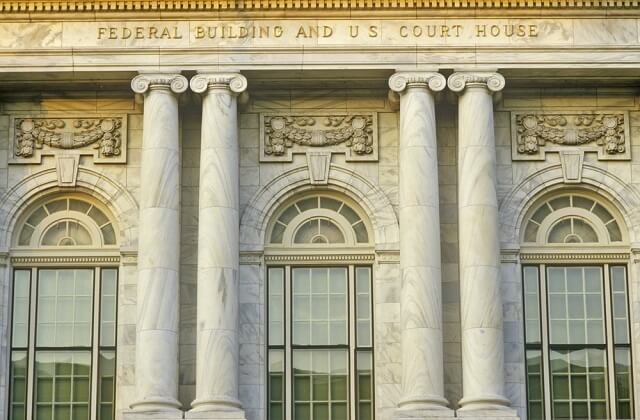 That background allows us to analyze cases from the government’s perspective and to defend clients with the profound understanding of how a federal case develops and processes. Call now to speak with a former federal prosecutor or federal defense counsel at 888-680-1745.

Investigation. Most federal criminal cases start in obscurity. Law-enforcement agencies such as agents of the FBI, the IRS, or the DEA begin investigations without the target’s and suspect’s knowledge. These investigations can take weeks, months, and sometimes even years before a decision is made to proceed and to officially open a case. That decision is being made by the U.S. Attorney’s Office.

Arrest. If and when the investigating federal agent believes that enough evidence exists to convince a federal judge to issue an arrest warrant, the federal prosecutor assigned to the case will request the issuance of the arrest warrant. The judge will review the evidence presented, read supporting affidavits of the investigating agent, and then determine whether probable cause in fact exists. Law-enforcement agents will then locate the suspect, arrest him, and bring him to a detention holding facility and a Pretrial Service Officer.

Pre-trial Detention Hearing. The Constitution mandates that every defendant be presented to a federal judge within a specific time frame. In federal cases, this review is conducted at the so-called initial appearance hearing. At that hearing, a federal judge determines whether or not the arrested individual has to stay in custody or can be released upon conditions. Also, the judge will, based on the recommendations of the Pretrial Service Officer, appoint an attorney, if the financial means of the arrested person are too limited to pay for an attorney on his own.

Indictment or Information. The initial appearance does not formally charge someone with a crime. Instead, that step occurs either through an indictment or by way of an information. An indictment is issued by a federal grand jury in a confidential and secret proceeding in the absence of the defendant. If the grand jurors find it more probable than not that an individual has committed a crime, the defendant will be indicted and thus officially and publicly accused of a crime. To avoid the grand jury proceeding, a defendant’s counsel will often waive the right to a grand jury and simply accept an information that contains the same formal accusations.

Arraignment. Following the indictment and information, the defendant will be required to appear at the arraignment hearing. There, the defendant will hear from the judge that the defendant is now formally charged with a crime. It is common to plead “not guilty” because the defense will often not have seen the totality of evidence the government has gathered at this point in time to make a sound decision about the defendant’s actual involvement in the crime and level of culpability.

Discovery. The government has a burden to disclose evidence to the defendant. Now, for the first time, the defendant may be able to see what evidence exists and from what sources the evidence stems. In almost all cases, the review of the evidence will determine the defendant’s decision to move forward and go to trial, or, if the evidence appears strong, convincing, or even watertight, to prepare for a guilty plea.

Plea Bargaining & Re-Arraignment. In the vast majority of federal criminal cases, defendants will plead guilty and not go to trial. In that case, the defendant, now in full awareness of the existing evidence, will go back to court and, after proper education about the meaning and consequences of a plea, will plead guilty in open court. Sometimes, defense counsel and the government are able to agree on a plea agreement, which may contain a provision about the maximum sentence the government is going to seek against the defendant.

Motions & Trial. If the defendant questions the evidence and the culpability is contested, the case moves to trial. Motions to suppress certain evidence, requests to disclose witness lists, inquiries into legal arguments, and other requests to prepare for trial are submitted within court-given deadlines. At trial, the case will be presided by a federal judge with the support of twelve jurors. The jury’s function is to determine factual contentions, while the judge decides all questions of law, such as the admissibility of evidence.

Supervised Release. If sentenced, the judge may also order a supervised release following a period of incarceration. Supervised release means that the defendant, although no longer incarcerated, will have to abide by conditions and restrictions to monitor his lawful reintegration into society. Among the most common conditions are a court ordered prohibition to violate state or federal law, the passing of drug tests, and the continued monitoring of the released individual by the U.S. Probation Office.

Federal Appeals. Trial convictions and, to some lesser degree sentences based on pleas, are appealable. The purpose of an appeal is to ask a higher court, the U.S. Court of Appeals, to review the case and examine alleged errors. Exculpatory evidence not disclosed to the defendant, illegally obtained evidence, and abuse of the judge’s sentencing discretion are among the more common grounds to appeal a federal criminal conviction or sentence.