What Is Drug Diversion? 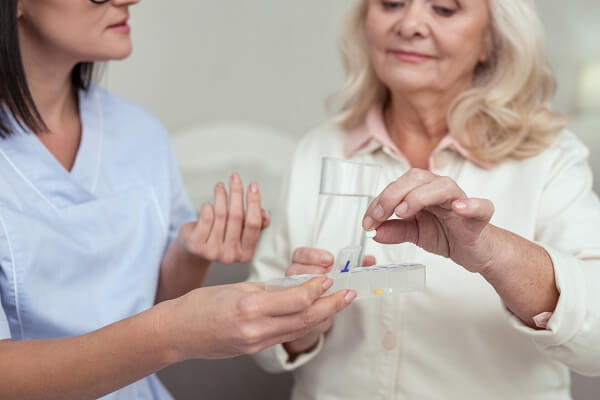 Drug diversion in the context of controlled substances occupies a major priority of current federal law enforcement. Almost no day goes by without new reports of arrest, DEA search warrants, and charges involving narcotics and other controlled prescription drugs.

What does it mean when someone is accused of diverting drugs? And what should medical providers know to avoid getting on the DEA’s radar? This article attempts to provide a brief overview about current trends in DEA audits and investigations in an effort to offer guidance and to incentivize physicians and pharmacies in the business of prescribing or dispensing controlled substances to question their current compliance levels.

If you have questions about how to correctly respond to a government inquiry or a pending investigation involving the DEA, the OIG, or the FBI relating to controlled substances—you can speak with Nick directly at 888-680-1745, including on weekends.

Drug diversion describes the unlawful sharing, selling, or transfer of legally prescribed controlled substances. Importantly, the person who engages in drug diversion obtained the prescription legally from a physician, but then gives the prescription, or parts thereof, illegally, to another person, and thus eliminates the original legitimate medical purpose. Hydrocodone and oxycodone alone are dispensed in excess of 10 billion dosage units annually.

Although few drug diversions ever occur with the knowledge or approval of the prescribing physician, physicians and pharmacies nonetheless have exposure if the government investigators consider the prescriber’s drug diversion precautions inadequate. Examples of exposure:

Drug diversion is investigated chiefly by the Drug Enforcement Administration (DEA), the Federal Bureau of Investigation (FBI), the Office of Inspector General (OIG), the Internal Revenue Service (IRS), and prosecutors at the Department of Justice (DOJ). The DEA is divided into 22 major field offices spread across the United States and more than 200 domestic locations throughout the U.S., among them:

Penalties for drug diversion are determined under the Controlled Substances Act, 21 U.S.C. 841 et seq., and are classified by schedules of drugs. In general, violations of the Controlled Substances Act carry criminal penalties of up to 10 years of incarceration and heavy financial fines. Anyone acting as a drug distributor outside the authority of 21 U.S.C. 823 (authorized manufacturers and distributors) should visit with an attorney immediately to avoid criminal exposure. Attorney Dr. Nick Oberheiden is available to discuss your concerns, including on weekends, at 888-680-1745.

Likely the biggest red flag in drug diversion investigations are cash patients. Although neither state nor federal law prohibits acceptance of cash from patients lacking healthcare insurance, when it comes to opioids, narcotics, and other controlled substances, the rules of reality are different.

Cash patients have a reputation for causing diversion. Almost every DEA criminal search warrant relating to opioid prescriptions emphasizes that the physician’s office in question accepts private pay patients to then provide examples from under cover agents of how some of these cash payors are commercially engaged in selling prescriptions. Further, consider, because cash patients have no insurance coverage, they are hesitant or simply unable to obtain expensive x-rays and MRIs or pay for needed physical therapy and pain procedures. By the same token, cash patients tend to be more reluctant to pay for expensive toxicology testing and thus may escape an effective prescription monitoring system.

If your practice has more than 2% cash patients and those patients receive controlled substances from you, you should speak to Nick Oberheiden immediately. The DEA strongly disfavors cash paying patients in the context of narcotics and you need to understand that you are exposing yourself and your license to behaviors that you can’t control. Call today to avoid both, patient abandonment complaints and getting on the DEA’s radar.