What Is Nationalization? How Relevant to the Pandemic? - Federal Lawyer
Skip to content
We will protect your rights, reputation and freedom. Nationwide Federal Defense, Compliance and Litigation. 95% Success Rate.

What is Nationalization and How is It Relevant to the Novel Coronavirus Pandemic? 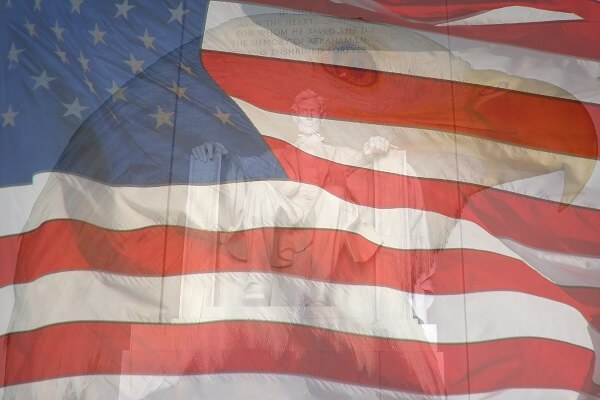 The novel coronavirus pandemic has impacted life in America in ways that seemed almost unimaginable just a few months ago. Non-essential businesses have been forced to close, schools have shut down, and citizens across the country are being asked to stay home for the good of the population at large. While the primary focus continues to be flattening the curve and protecting those who are most at risk to succumbing to COVID-19, the economic impacts of the pandemic cannot be ignored. Based on the current protections, even Congress’s $2 trillion stimulus package will not be enough to prevent large-scale business closures, historic unemployment, and ripple effects throughout all sectors of the nation’s economy.

In light of these concerns, in addition to the stimulus package, Congress and the President have weighed various other legislative and executive options for protecting the nation’s economy (and they have executed on some of these options already). Currently, one option that is receiving a considerable amount of coverage is the prospect of nationalization. While nationalization is a significant move that is reserved for unique times, the novel coronavirus pandemic is unprecedented, and it may take unprecedented action to protect the nation as well.

Nationalization involves the federal government taking control of a private entity or, in some cases, an entire private industry. In the United States, public companies, private companies, healthcare providers, banks, and other entities and institutions are subject to federal oversight, but the government’s involvement in their internal affairs goes no further than regulation and enforcement. This “privatization” is a foundational pillar of the American economy, and it is what allows companies and consumers to prosper from new innovations and market competition.

Not all forms of federal intervention in the economy amount to nationalization. For example, while a recent Financial Times article references analysts referring to the Federal Reserve’s buyback of government bonds as “amount[ing] to a ‘nationalisation’ of the bond markets,” this is far from true nationalization. In order for the federal government to truly nationalize the securities market, the federal government would have to control of institutional investors rather than offering them a financial carrot.

Prior to the novel coronavirus pandemic, the most-recent discussions concerning nationalization surrounding the bank bailouts during the financial crisis of 2008. Even then – when the federal government acquired significant majority stakes in several of the nation’s largest financial institutions – there were questions as to whether this truly amounted to nationalization. An article that NPR published during the 2008 financial crisis compiled the opinions of various experts, including then-Treasury Secretary Henry Paulson, all of whom had varying opinions on whether and to what extent the bailout amounted to nationalization of the banks involved:

Nationalization vs. Invocation of the Defense Production Act

On March 18, 2020, President Trump formally invoked the Defense Production Act, and in his remarks announcing the Executive Order, he colloquially raised the prospect of nationalization. As has been widely reported by various media outlets, President Trump stated:

“The fact that I signed it, it’s in effect. But you know, we’re a country not based on nationalizing our business. Call a person over in Venezuela, ask them how did nationalization of their businesses work out? Not too well.”

While some outlets ran with this quote as an indication that the President was conflating invocation of the Defense Production Act with nationalization, his remarks concerning Venezuela certainly seem to suggest that he is (or, at least, was) opposed to the idea of nationalizing U.S. businesses in response to the novel coronavirus pandemic. Although the Defense Production Act gives the federal government the ability to direct the actions of private businesses in times of national emergencies in certain respects, invocation of the act falls far short of nationalization.

In a nutshell, the Defense Production Act gives the federal government the power to require private companies to prioritize government contracts and to accept orders from the government for necessary materials and supplies. Within the context of the novel coronavirus pandemic, President Trump specifically invoked the Defense Production Act in response to the shortage of protective masks and ventilators impacting healthcare providers across the country (in pertinent part, the Executive Order states, “I find that health and medical resources needed to respond to the spread of COVID-19, including personal protective equipment and ventilators, meet the criteria specified in section 101(b) of the [Defense Production] Act (50 U.S.C. 4511(b)).”) While this is government intervention, it is not nationalization, and this is a clear distinction that ensures the companies that assist in meeting the demand for medical supplies during the novel coronavirus pandemic remain in private hands.

Similarly, while laws such as the Pandemic and All-Hazards Preparedness Reauthorization Act (PAHPRA) of 2013 give the federal government the ability to call private companies into service in various capacities, this sort of public-private collaboration is not considered a form of nationalization.

What Happens if the Federal Government Nationalizes Private Businesses or Private Industry During the Novel Coronavirus Pandemic?

What would it mean for the government to truly nationalize private businesses or private industry in response to the novel coronavirus pandemic? The answer to this question depends on a variety of different factors, from the businesses or industries involved to the depth of the government’s reach into the private sector. Absent some type of financial incentive for the companies involved (as in the case of the bailout offered in 2008), any federal efforts to nationalize would almost certainly be met with resistance and litigation as well.

At present, it is not clear what businesses or industries the federal government would nationalize in response to the novel coronavirus (COVID-19) pandemic. While the economy is struggling, there does not appear to be one discrete entity, group of entities, or industry for which nationalization would be a necessary solution. Past nationalizations subsequent to World War II all arose out of specific issues—failing rail lines, the 9/11 attacks, and the bank failures of 2008. There has been some indication that energy companies and the banks could be potential targets; although, once again, there does not appear to be a clear and present need. Would the federal government nationalize healthcare providers, medical device manufacturers, or the food industry? There are various reasons why all of these seem extremely unlikely.

There would also be serious questions as to what would happen when the economic impacts of the novel coronavirus pandemic come to an end. Would the federal government relinquish its ownership and control? Presumably so, since there would be no need for the government to retain control once the status quo has been restored. But, when, how, and to what extent are all difficult – and extremely important – questions that the American population would need to have answered before any efforts to nationalize were implemented. Ultimately, as long as there are other options available, it seems reasonably clear that these options should be explored before the federal government decides to open its purse to buy into the private sector.

Oberheiden P.C. is a federal compliance and defense law firm that is representing companies nationwide in a broad range of matters during the novel coronavirus (COVID-19) pandemic. For media inquiries or to discuss your company’s legal needs in confidence, please call 888-680-1745 or send us a message online today.