What Is the Burden of Proof in a Criminal Case? - Federal Lawyer
Skip to content
We will protect your rights, reputation and freedom. Nationwide Federal Defense, Compliance and Litigation. 95% Success Rate.

What Is the Burden of Proof in a Criminal Case? 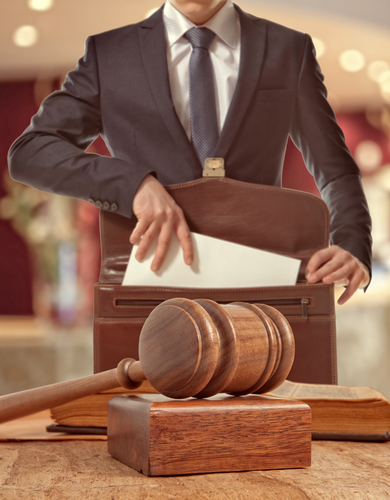 The burden of proof in a criminal case has been recorded for your convenience:

In a criminal case, the burden of proof always rests with the government. This means that in order to convict someone of a crime, it is necessary that the government prove that the accused committed each and every element of the charged offense beyond a reasonable doubt. If the government fails to prove just one element of the offense at trial, then a jury must find the defendant not guilty.

The government’s burden is high. This makes sense because of what is at stake for a defendant accused of a crime. It is important to note that it is never necessary for an accused to have to prove they are innocent or to ever say or do anything in their defense. Why is this the case? Simply put, it is because our Constitution says so.

In re Winship, 397 U.S. 358 (1970), the Supreme Court held that the right to not be convicted of a crime unless proven guilty beyond a reasonable doubt is a constitutional requirement. And, in Apprendi v. New Jersey, 530 U.S. 466 (2000), the Supreme Court preserved the jury’s right to determine proof beyond a reasonable doubt on each and every element of an offense. Despite complaints that the stringent approach of Apprendi to each and every criminal case would be time-consuming and cost-prohibitive, the Supreme Court recognized that a defendant’s right to hold the government to the highest standard regarding satisfying its burden of proof was paramount.

What happens when the government fails to carry its burden of proof? If the government fails to meet its burden of proof on any element, the defendant must be acquitted. An acquittal is a judgment that a person is not guilty of the alleged crime. An acquittal is a powerful verdict because under the rules of double jeopardy, an acquittal bars retrial of the same offense, even if new evidence does arise.

Another possibility at trial is a mixed verdict or a hung jury. A hung jury is a jury that is not unanimous. In federal criminal cases, twelve jurors determine the guilt or innocence of an accused. In order for the verdict to be final, the jury vote must be unanimous. If only one juror does not agree with the other eleven jurors the jury is said to be “hung” and the case cannot be resolved at that trial. After a hung jury the government must decide whether it wants to retry the defendant at a later date. Sometimes the government decides that the split in the jury pool (i.e. 9 jurors voting not guilty and 3 jurors voting guilty) is too great a problem for it to overcome at another trial and opts not to retry the case—this may effectively end the case against the defendant, although it does not bar the government from revisiting the matter as long as it is recharged within the statute of limitations for that specific offense.

At trial, a defendant may raise an affirmative defense although it is not necessary to do so. Affirmative defenses will normally center on facts other than those outlined and alleged by the prosecution. Sometimes, a well plead affirmative defense can defeat or mitigate the prosecution’s evidence and cast reasonable doubt into the jurors’ minds. Examples of such defenses include lack of intent, entrapment, insanity, self-defense, duress, compulsion, mistake, withdrawal in conspiracy, and, in some instances, intoxication.

If you are facing a criminal case, fill out our free online case assessment to see how Oberheiden, P.C. can help.