Why Should You Try to Prove “No Intent” in a False Claims Act Investigation or Other Federal Criminal Case? - Federal Lawyer
Skip to content
We will protect your rights, reputation and freedom. Nationwide Federal Defense, Compliance and Litigation. 95% Success Rate.

Why Should You Try to Prove “No Intent” in a False Claims Act Investigation or Other Federal Criminal Case? 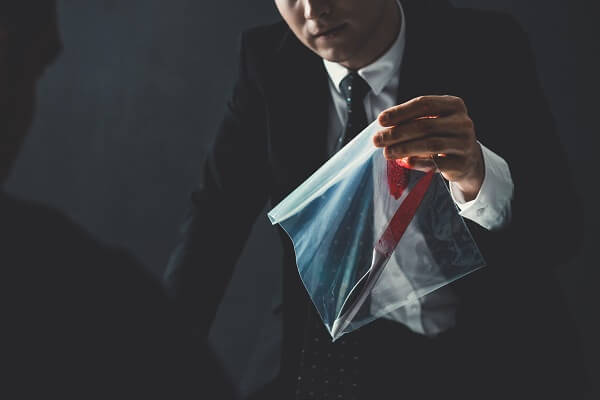 In federal cases involving allegations of healthcare fraud and various other white-collar offenses, the difference between facing criminal charges and civil charges (or no charges at all) is often the element of criminal “intent.” If you are being targeted under a statute such as the False Claims Act that includes provisions for both civil and criminal prosecution, then disproving intent (or at least challenging the government’s evidence of intent) can keep your case civil in nature. If you are being targeted under a statute that is exclusively criminal, such as 18 U.S.C. § 1341 (mail fraud) or 18 U.S.C. § 1343 (wire fraud), then arguing that you did not act with intent may be necessary to avoid a conviction at trial.

Intent is a key issue at all stages of the federal law enforcement process. From investigation to indictment, and from pre-trial motions to verdict, the question of intent can – and often should – be addressed at multiple points during a federal case. This is particularly true in cases involving alleged white-collar offenses, where the investigative stage can be lengthy and where the risks of facing a criminal conviction at trial are severe. For example, the issue of intent is often central to investigations and prosecutions under the following federal statutes:

3 Reasons to Argue “No Intent” During a Federal Case

1. Arguing Lack of Intent Can Keep Prison Time Off of the Table.

While there are a number of reasons for seeking to keep a federal investigation civil in nature, there is one fundamental underlying concern: You do not want to go to prison. In a civil case, prison time is off of the table. You can still face a variety of penalties (including fines, costs, treble damages, and loss of certain benefits and privileges (such as Medicare eligibility or the ability to engage in public offerings), but prison time is not one of them.

All of the statutes listed above include provisions for federal incarceration in the event of a criminal conviction, with potential sentences starting at five years behind bars. This includes the conspiracy statute, which does not require the successful commission of a substantive crime. Mail fraud and wire fraud, which are both common charges in large-scale white-collar criminal takedowns, each carry a possible 20-year prison sentence for an individual charge.

2. Arguing Lack of Intent May Be the Easiest (or Only) Way to Challenge the Government’s Allegations.

By definition, intent is subjective. Regardless of how much evidence the government has collected, only you have the ability to know for certain what you were thinking at any given point in time. As a result, while it is not impossible to prove intent beyond a reasonable doubt (in fact, skilled prosecutors do it all the time), the element of intent is often one of the easiest – in relative terms – aspects of the government’s case to attack.

Depending on the circumstances at hand, challenging the element of intent could also be you only viable option for fighting to avoid a conviction. For example, in a case targeting allegations of Medicare fraud under the False Claims Act where the provider’s billing data indisputably show that the provider submitted an incorrect billing code, challenging the “act” of overbilling the government may not be a viable defense option. Instead, the provider’s options may be limited to arguing that the overbilling was unintentional. Of course, this would assume that the provider had no collateral means of attack, such as challenging the admissibility of the government’s evidence on constitutional grounds.

Regardless of how convinced federal prosecutors may be that you committed a criminal act, arguing lack of intent keeps your options open. It can extend the amount of time you have to navigate a favorable resolution during the government’s investigation, and it can give you leverage during pre-trial plea deal negotiations. In short, arguing lack of intent can give you, “somewhere to hang your hat;” and, as long as you keep fighting, you will have a chance to avoid an indictment, conviction, and federal sentence.

What Does “Intent” Mean in a Federal Case?

The issue of “intent” in federal cases is a complicated one, because it means different things under different circumstances. There are four levels of intent in federal cases, all of which can be enough to establish criminal culpability if the relevant level is specified (or has been read into) the statute under which you are being targeted. The four levels of intent under federal law are:

To act knowingly simply means to be cognizant of the fact that you are performing a specific act. It does not mean you know the act is illegal. On the opposite end of the spectrum, to act with specific intent means that you acted with the purpose to achieve a specific result. However, only in very rare circumstances (i.e. in certain types of tax fraud cases) does it meant that you specifically intended to violate a federal statute. Generally speaking, it is more difficult for prosecutors to prove specific intent than it is to prove any of the other intent levels; so, knowing which level of intent is at issue in your case is critical to determining what you need to prove (or call into question) in order to defend yourself.

Learn more: What are the Levels of Intent in Federal Criminal Cases?

What Does the Government have to Prove in Order to Establish Criminal “Intent”?

Since intent is inherently subjective, what do prosecutors have to prove in order to establish that you intended to commit a federal crime? Since we are talking about criminal prosecution, the burden of proof is, “beyond a reasonable doubt.” If your case goes to trial, the government’s attorneys must be able to convince the jurors with near absolute certainty that you intended to commit the crime alleged.

For certain types of offenses, the simple act of committing the offense will suggest the requisite level of intent. For example, if a person attempts to intimidate a federal witness, the fact that he or she did so knowingly (which is the threshold level of intent for witness intimidation under 18 U.S.C. § 1512(b)), is likely to be strongly implied. On the other hand, proving that a doctor intentionally overbilled Medicare, for example, can be a different matter entirely. Even if the doctor’s practice has a history of submitting “false” reimbursement requests, the doctor is likely to have several options for raising questions as to whether he or she had the requisite level of intent for criminal culpability under the False Claims Act.

Learn more: What Does the Federal Government Have to Prove in Order to Establish Criminal “Intent”?

What Types of Evidence Can Be Used to Prove (and Challenge) Criminal “Intent”?

We have talked about the inherent challenges in proving someone’s subjective intent, but we have also acknowledged that prosecutors regularly succeed in securing convictions in federal criminal court. So, what types of evidence can (and do) federal prosecutors use to establish criminal intent? Conversely, what evidence might you be able to use to challenge the intent element of the government’s case?

Both direct and circumstantial evidence can be used to prove a person’s subjective intent. Direct evidence is anything that indicates intent without the need for an inferential step. An email to an alleged co-conspirator stating, “I know what I’m doing and I fully intend to defraud the federal government,” would be an example of direct evidence of criminal intent. However, even here, it may be possible to argue that the statement was typed jokingly, or that it was typed out of frustration and without any true desire to risk federal prison time.

Circumstantial evidence is evidence that implies criminal intent without direct “proof.” Instead of an email, it might be the volume of a doctor’s repeated overbillings for the same service, or it might be a surveillance video showing two alleged co-conspirators in the same place at the same time. Circumstantial evidence is admissible in federal criminal cases but it is given far less weight than direct evidence.

Learn more: What Types of Evidence Can the Federal Government Use to Prove Criminal Intent?

How Can You Convince Federal Prosecutors that You Did Not “Intend” to Commit a Federal Offense?

Learn more: How Can You Convince the Federal Government that You Did Not Have Criminal “Intent”?

Speak with a Federal Defense Lawyer for Free

Oberheiden, P.C. is a federal defense law firm with a team of highly-experienced lawyers who are available represent clients in investigations and prosecutions nationwide. If you are being targeted and need to speak with an attorney, call us at 888-680-1745 or contact us online now for a free consultation.