With Questcor Pharmaceuticals and Mallinckrodt Facing Prosecution for Medicare Fraud, the Doctors Who Prescribed H.P. Acthar Gel May Be Next 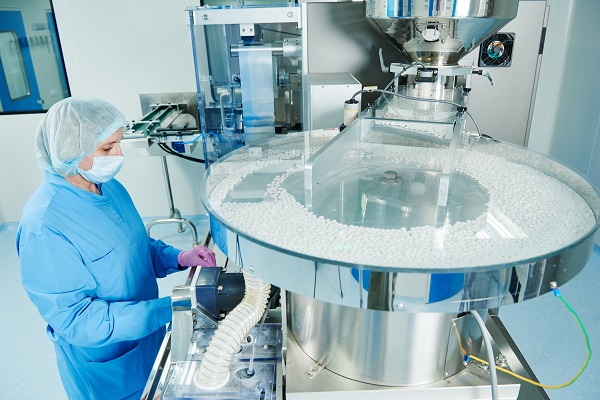 When the news broke of a 97,000% price hike for a medication used to treat infantile spasms, a rare form of epilepsy, in 2018, almost no one knew that the drug’s manufacturer was already being targeted by the U.S. Department of Justice (DOJ). While the news media published heart-wrenching stories of parents who could no longer afford to pay for their children’s medications, the whistleblower lawsuit against Questcor Pharmaceuticals and Mallinckrodt remained under seal. But, in March 2019, the DOJ finally decided to intervene in the seven-year-old case, and now the details of the case have been made public.

As reported by CNN, the DOJ decided to intervene after conducting an “extensive investigation” into the two whistleblowers’ allegations. The allegations stemmed from a 97,000% increase in the price of H.P. Acthar Gel over a 19-year period, from $40 per vial in 2000 to almost $39,000 per vial in 2019. The whistleblowers accused Questcor Pharmaceuticals, which was purchased by Mallinckrodt in 2014, of engaging in a “multi-tiered strategy” to bribe doctors to push the gel and ultimately bill Medicare for nearly $2 billion over a five-year period.

CNN quoted the whistleblowers’ lawsuit as alleging that the drug makers, “cheated the federal government out of millions of dollars that should not have been paid . . . and subject[ed] patients to unapproved, unsafe and potentially ineffective uses of H.P. Acthar Gel. . . . Questcor [] attempted to conceal and cover-up its payment of kickbacks and its illegal promotion of H.P. Acthar Gel by making false statements to the FDA and directing employees to conceal evidence . . . .” As amended, the lawsuit also alleges that these fraudulent practices were “knowingly” continued after Mallinckrodt purchased Questcor Pharmaceuticals.

Now that the DOJ has intervened in the case, Questcor Pharmaceuticals and Mallinckrodt are facing the potential for a multitude of federal charges, including:

Doctors Who Allegedly Accepted Bribes and Improperly Prescribed H.P. Acthar Gel May Be at Risk as Well

Due to the DOJ’s aggressive approach to targeting healthcare providers as a means of combatting Medicare fraud, the nature of the allegations against Questcor Pharmaceuticals and Mallinckrodt could mean that the doctors who allegedly accepted bribes from these companies and improperly prescribed H.P. Acthar Gel may face federal investigations as well. The Anti-Kickback Statute, the False Claims Act, the Controlled Substances Act, and the various other statutes that apply to Medicare-participating healthcare providers are all extremely broad, and the DOJ routinely uses these statutes to target prescribing physicians and other healthcare professionals.

According to CNN’s analysis, “[m]ore than 80% of doctors who filed Medicare claims in 2016 for Acthar received money or other perks from the drugmakers. . . . The analysis, which looked at doctors who filed more than 10 Part D claims, found that Mallinckrodt and Questcor paid 288 prescribers more than $6.5 million for consulting, promotional speaking and other Acthar-related services between 2013 and 2016.” The DOJ and other federal authorities often view these types of compensation arrangements as “red flags” for fraudulent billing practices; and, while these allegations raise Anti-Kickback Statute implications specifically, any investigations targeting physicians who prescribed H.P. Acthar Gel are likely to invoke provisions of the False Claims Act, the Controlled Substances Act, and other civil and criminal federal statutes as well.

1. How the Anti-Kickback Statute Applies to Prescribing Physicians

Under the Anti-Kickback Statute, it is a federal offense to offer, pay, solicit, or receive any illegal form of remuneration in relation to Medicare-reimbursed medical services or prescription drugs. As a baseline, essentially all forms of compensation paid in connection with Medicare referrals are illegal, and then the statute’s “safe harbor” provisions exempt certain specific types of carefully-structured transactions from prosecution. While the Anti-Kickback Statute’s criminal provisions only apply to physicians who intentionally violate the law, the statute’s civil provisions are broad enough to penalize physicians who knowingly accept payments – even if they do not necessarily know that the payments violate the Anti-Kickback Statute.

Civil penalties under the Anti-Kickback Statute include:

As alleged, Questcor Pharmaceuticals and Mallinckrodt paid millions of dollars to physicians in order to induce them to prescribe H.P. Acthar Gel. While the pharmaceutical companies may be the bad actors here (especially if they engaged in a systematic and large-scale Medicare fraud scheme as alleged), physicians who accepted unlawful payments may not necessarily be safe from prosecution. At the very least, these physicians are at risk for being investigated by the DOJ, and federal investigations can have harmful consequences even if they do not lead to formal charges.

While prescribing medications for off-label purposes is not inherently unlawful, marketing drugs for off-label use and certain other activities can trigger federal liability. In the case of H.P. Acthar Gel, it appears that the DOJ and other federal authorities may try to target physicians for working with Questcor Pharmaceuticals and Mallinckrodt to unlawfully promote the gel for off-label treatments, as well as for billing Medicare for medically-unnecessary prescriptions. If, as alleged, Questcor Pharmaceuticals and Mallinckrodt paid physicians to prescribe H.P. Acthar Gel when it was unsafe to do so, this could have serious criminal implications for the physicians involved.

Under the False Claims Act, it is a federal offense to submit any “false or fraudulent claim” for Medicare reimbursement. A billing is considered to be false or fraudulent if it violates the Medicare billing guidelines, involves a violation of the Anti-Kickback Statute, or otherwise constitutes an invalid claim for payment from the federal government.

According to CNN, Questcor Pharmaceuticals and Mallinckrodt are being accused of “[c]ausing hundreds or thousands of false claims for reimbursement of H.P. Acthar Gel to be submitted to, and paid by,” Medicare and other federal healthcare benefit programs. The reference to “causing” the submission of fraudulent claims may relate to these companies’ exercise of undue financial influence over physicians who submitted claims directly. The DOJ and other authorities routinely target doctors, physician groups, and other practitioners for Medicare billing violations; and, if the evidence suggests that tens, hundreds, or thousands of doctors improperly billed Medicare for H.P. Acthar Gel at a price of tens of thousands of dollars per vial, then these doctors could also find themselves within these agencies’ crosshairs.

In large-scale criminal healthcare fraud prosecutions, it is typical for the DOJ to charge defendants with a litany of different offenses. This includes all applicable healthcare offenses, as well as other crimes that are more-general in nature. For example, due to the breadth of the federal mail fraud and wire fraud statutes, virtually all healthcare fraud cases can potentially include charges for these offenses, and charges for money laundering, bank fraud, and other white-collar crimes are common as well. If the DOJ investigates doctors for allegedly engaging in improper financial transactions with Questcor Pharmaceuticals and Mallinckrodt or improperly billing Medicare for H.P. Acthar Gel, the doctors targeted in these investigations could be at risk for multiple charges collectively carrying the potential for decades of imprisonment and millions of dollars in fines.

Another concern for doctors who prescribed H.P. Acthar Gel is the risk of being charged with conspiracy. Under the federal conspiracy statute, even doctors who communicated with Questcor Pharmaceuticals or Mallinckrodt about the possibility of engaging in an unlawful compensation arrangement (such as a “consulting arrangement” that was really a front for the payment of illegal referral fees) could be at risk for federal prosecution. The allegations against Questcor Pharmaceuticals and Mallinckrodt also include claims that they bribed office staff when doctors refused to speak with their sales representatives, and these activities could potentially expose doctors to federal scrutiny as well.

Oberheiden, P.C. is a team of nationally-recognized healthcare fraud defense lawyers and former DOJ prosecutors who represent doctors charged with Anti-Kickback Statute violations, False Claims Act violations, and other forms of healthcare fraud. If you have questions and would like to speak with an attorney, we encourage you to call 888-680-1745 or contact us online for a free and confidential consultation.