What is a Proffer Agreement? 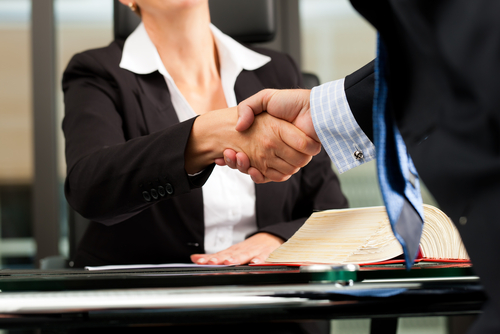 At times, the best a defendant can do is to cooperate with the government. Our experienced criminal defense counsel at Oberheiden, P.C. advise people to cooperate in one of two situations.

First, the evidence against a defendant is so overwhelming that it simply cannot be rebutted. For example, a client sells stolen government property to undercover agents and the entire transaction is filmed and recorded and the defendant, when confronted, admits his crimes.

Second, cooperation may be prudent when a defendant’s trial risks are significant and by cooperating he could receive significant credit for his cooperation. This credit could mean that the person cooperating may not be charged with a crime, or that the person could be charged with a lesser offense, or the cooperation could eliminate or minimize a custody prison sentence. The most common way to cooperate is by way of a proffer interview.

Purpose. A proffer is a meeting between a criminal defendant or suspect and the government. Typically, the meeting takes place at the local U.S. Attorney’s Office, and not in court. At the meeting, a defendant is represented by counsel and the government is represented by the prosecutor along with investigating agents. The meeting is normally covered by a limited immunity agreement where the purpose is to share with the government all verbal, written, or electronic information, such as statements, records, emails, videos, or documents that may be of use to the government. Proffer opportunities do not apply to violent crimes or to individuals with a violent crime history.

Disclosure of Information. The rules for a proffer are simple. The defendant is expected to share with the government everything he knows about the crime in question and the people involved. The defendant must tell the truth and must not withhold any relevant information. A proffer is unique in that the defendant essentially incriminates himself by openly talking about his role in and his knowledge of the crime. He must not minimize his involvement, nor exaggerate his role or the role of others. By no means should a proffer be misunderstood as an opportunity to blame others and to present oneself as an innocent bystander—the forum for this approach is a trial.

If you are a target or a defendant in a federal investigation and you are considering cooperation with the government, you need experienced defense counsel who understand the proffer process and can effectively advise you whether you are a good candidate to enter an agreement with the government. Contact us today to speak with an attorney.