What are the Penalties for Healthcare Fraud Under Federal Law? 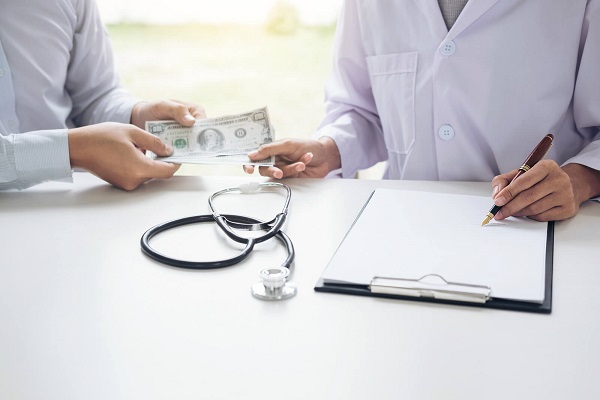 A Los Angeles dentist was charged for his alleged role in a scheme to defraud Medicare and Medicaid. According to the indictment, the dentist fraudulently billed Medicare and Medicaid for procedures he did not actually perform. The indictment also alleges that the dentist would use his patients’ private information to continually bill for procedures, even when the patients did not come into his office. The charges against the dentist include six counts of healthcare fraud and two counts of aggravated identity theft.

3. Dentist Agrees to Settle Allegations of Upcoding and Phantom Billing

A dentist in Oklahoma agreed to settle allegations of perpetrating a scheme to defraud Medicaid. According to the settlement agreement, the dentist submitted claims to Medicaid for services that were never performed. The dentist also allegedly up-coded certain procedures in order to make them appear more expensive than they actually were. These allegations against the dentist were investigated by a joint team of agents from the FBI, OIG and Oklahoma Medicaid Control Unit. As a result of the settlement, the dentist will pay back $5 million to the United States. Since these allegations were resolved via a settlement, there has been no finding of liability against the dentist.

A New Hampshire dentist was indicted on 189 counts of Medicaid fraud. According to the indictment, the dentist billed Medicaid for medically-unnecessary procedures and for services that had already been reimbursed over a five-year period. Specifically, the indictment alleges that the dentist would perform simple procedures but then bill Medicaid for expensive services such as root canals and extractions that were not actually performed. The dentist is also alleged to have developed a scheme which resulted in double payments for many procedures. Each of the charges filed carries the possibility of three to seven years in prison.

A Michigan oncologist was indicted for an alleged scheme to defraud Medicare that involved fraudulently misdiagnosing his patients with cancer. According to the indictment, the oncologist intentionally misdiagnosed hundreds of patients with cancer-related issues in order to bill Medicare for expensive treatments. The indictment further alleges that the oncologist knew many of his patients did not have cancer but still subjected them to chemotherapy and radiation treatment, and that many of these healthy patients became gravely sick upon receiving these treatments.

The oncologist allegedly billed Medicare over $150 million in fraudulent claims and pocketed $65 million from his scheme. In addition to long-term imprisonment and other severe penalties, the oncologist – who became a United States citizen in 2009 – could lose his citizenship if found guilty of the allegations.

Further evidence showed that the drugs the oncologist used did not contain any active ingredients needed to treat cancer. After the guilty verdict, the oncologist was sentenced to 70 months in prison.

As a result of this scheme, Medicare paid $6 million for medically-unnecessary ambulance transfers. As part of the plea agreement, the dialysis center employee will pay restitution to Medicare.

According to the plea agreement, Medicare paid $1.3 million for the fraudulent ambulance transfers and dialysis treatments.

A chiropractor in Florida who operated numerous wellness centers within the state was indicted for Tricare fraud. According to the indictment, the chiropractor would see patients; but, instead of providing medically-necessary services, he would perform acupuncture services that were not eligible for Tricare reimbursement. The chiropractor would then use patients’ personal information in order to fraudulently bill Tricare for reimbursable services such as occupational and physical therapy. As a result of the scheme, the chiropractor billed over $23 million to Tricare.

Two New York chiropractors were indicted for their alleged roles in a multi-million-dollar healthcare fraud scheme. According to the indictment, the chiropractors billed Medicare and private insurance companies for millions of dollars’ worth of services that were not medically necessary and that were never provided. The chiropractors allegedly performed acupuncture services on most of their patients and then used these patients’ personal information to fraudulently bill for services such as physical therapy and diagnostic testing.

The chiropractors are also alleged to have established numerous phony clinics in order to avoid tipping off federal authorities as to the vast number of patients they were “treating” at their one clinic. As a result of the scheme, the indictment alleges that the chiropractors fraudulently billed Medicare and various private insurance companies more than $80 million.