What Are the Penalties for Human Trafficking Under Federal Law? - Federal Lawyer
Skip to content
We will protect your rights, reputation and freedom. Nationwide Federal Defense, Compliance and Litigation. 95% Success Rate.

What Are the Penalties for Human Trafficking Under Federal Law? 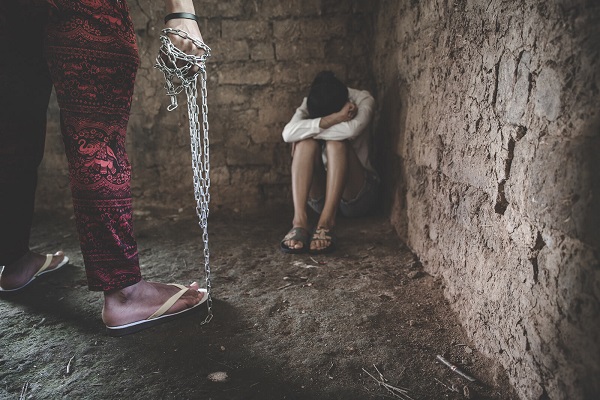 Federal human trafficking charges carry severe penalties—up to and including life imprisonment. If you are under investigation or facing an indictment for human trafficking under The Victims of Trafficking and Violence Prevention Act (TVPA) or any other provision of the U.S. Code, you need to engage defense counsel immediately.

Our team of federal defense lawyers and former federal agents provides nationwide legal representation for individuals who facing human trafficking allegations under The Victims of Trafficking and Violence Prevention Act (TVPA) and other federal laws. If you are under investigation or facing an indictment, we can take action immediately to protect you. Your freedom is on the line; and, in order to avoid being sent to prison for a very long time, you need a team of highly-experienced defense attorneys and former senior federal prosecutors and special agents on your side.

To illustrate the risks of being targeted for human trafficking, here are 10 examples of recent cases under the TVPA and other pertinent federal laws:

A Wisconsin man pleaded guilty to his role in a human trafficking and forced labor scheme. According to plea documents, the man would recruit young girls to dance at his club with false promises of money and a better life. Once the girls started working for him, he sold them for sex and forced them to live in his house so that he could have continued control over them, and he threatened them with death and physical abuse if they did not do what he wanted. As a result of his guilty plea, he will spend 21 years in prison.

A federal jury in Maryland convicted two men of trafficking three underage girls in multiple cities on the East coast. According to evidence presented at trial, the men posted job advertisements online aimed at teenage girls. Once the girls showed up for work, the men threatened to kill their families if they did not engage in commercial sex acts. They were both convicted of conspiracy to commit sex trafficking of minors.

A man in Massachusetts pleaded guilty to running a human trafficking operation. According to plea documents, the man would recruit women who were addicted to heroin and use their addiction to his advantage. He would supply the women with heroin in exchange for selling them for commercial sex acts. The plea agreement also states that if a woman wanted to leave the man’s trafficking ring, he would threaten violence and threaten to turn her into the police. He pleaded guilty to two counts of sex trafficking by coercion.

An Oregon man pleaded guilty to human trafficking by forced labor. According to plea documents, the man obtained fraudulent visas in order to bring Thai women to the United States and promised them well-paying jobs at a restaurant he owned. Once the Thai women arrived in the United States, he would force them to work twelve hours per day for no pay. He would also threaten that he would harm the women and withhold food and other necessities if they reported him to the authorities. As part of the plea deal, he will have to pay the women a combined total of $130,000 for their unpaid labor.

A couple in Texas was indicted for human trafficking by forced labor. According to the indictment, the couple arranged for a 10-year-old girl from Africa to come live with them through an educational sponsorship. The indictment alleges the couple then forced the girl to work in their home for no pay. The couple allegedly did not let the girl leave their home and physically abused her if she tried to escape. Each member of the couple is facing charges of forced labor and a maximum of 20 years in prison.

Two men were indicted in Maine on charges of human trafficking by fraud and coercion for their alleged participation in a prostitution enterprise. According to the indictment, the men would recruit Chinese women on the East coast under the guise of offering job opportunities. Once recruited, the women were forced to engage in commercial sex acts and physically abused if they tried to leave. The men allegedly would isolate the women and keep them in locked rooms so they could not escape. Both of the men face a possibility of life in prison if convicted.

7. Alabama Man Sentenced to 220 Months in Prison for Human Trafficking of a Minor and Other Crimes

A federal jury in Alabama convicted a man of human trafficking of a minor. According to evidence presented at trial, the man kidnapped a girl and would force her to engage in commercial sex acts in various cities in Alabama. Evidence further showed the man would use the money he made by prostituting the girl to buy narcotics. As a result of his conviction, the man was sentenced to spend 220 months in prison.

A man in Ohio pleaded guilty for his role in a scheme involving human trafficking by forced labor. According to the plea agreement, the man illegally brought Guatemalan girls and boys into the United States in order to sell them to farms in Ohio. The minors were forced to work on the farms for no pay and were kept in locked houses so they could not escape. The man admitted to receiving over $6 million as a result of the scheme and faces up to 10 years in prison as a result of his plea.

9. Virginia Man to Serve 186 Months in Prison for Sex Trafficking of a Minor

The man who operated the world’s largest online forum for underage sex trafficking was indicted for his role in human trafficking of minor children. According to the indictment, the man operated a website that reached numerous countries where users could purchase underage girls and boys for commercial sex acts. The online forum only operated on the dark web in an attempt to conceal its operation from federal authorities. Since the man’s indictment, the forum has been shut down. The man has been indicted on 93 counts and faces a maximum of life in prison if convicted.

Statutes such as the Intelligence Reform and Terrorism Prevention Act of 2004, the Prosecutorial Remedies and Other Tools to End the Exploitation of Children Today Act of 2003 (the PROTECT ACT), and the Civil Asset Forfeiture Reform Act of 2000 assist in the federal government’s anti-human trafficking law enforcement efforts as well.

If you are under investigation or facing federal charges for human trafficking, you need to speak with a lawyer immediately. To discuss your situation with a member of Oberheiden P.C.’s federal criminal defense team in confidence, call 888-680-1745 or contact us online now.