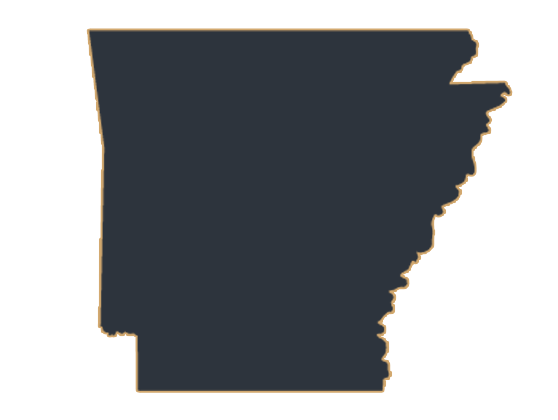 Want the Most Experienced for Your Arkansas Case? 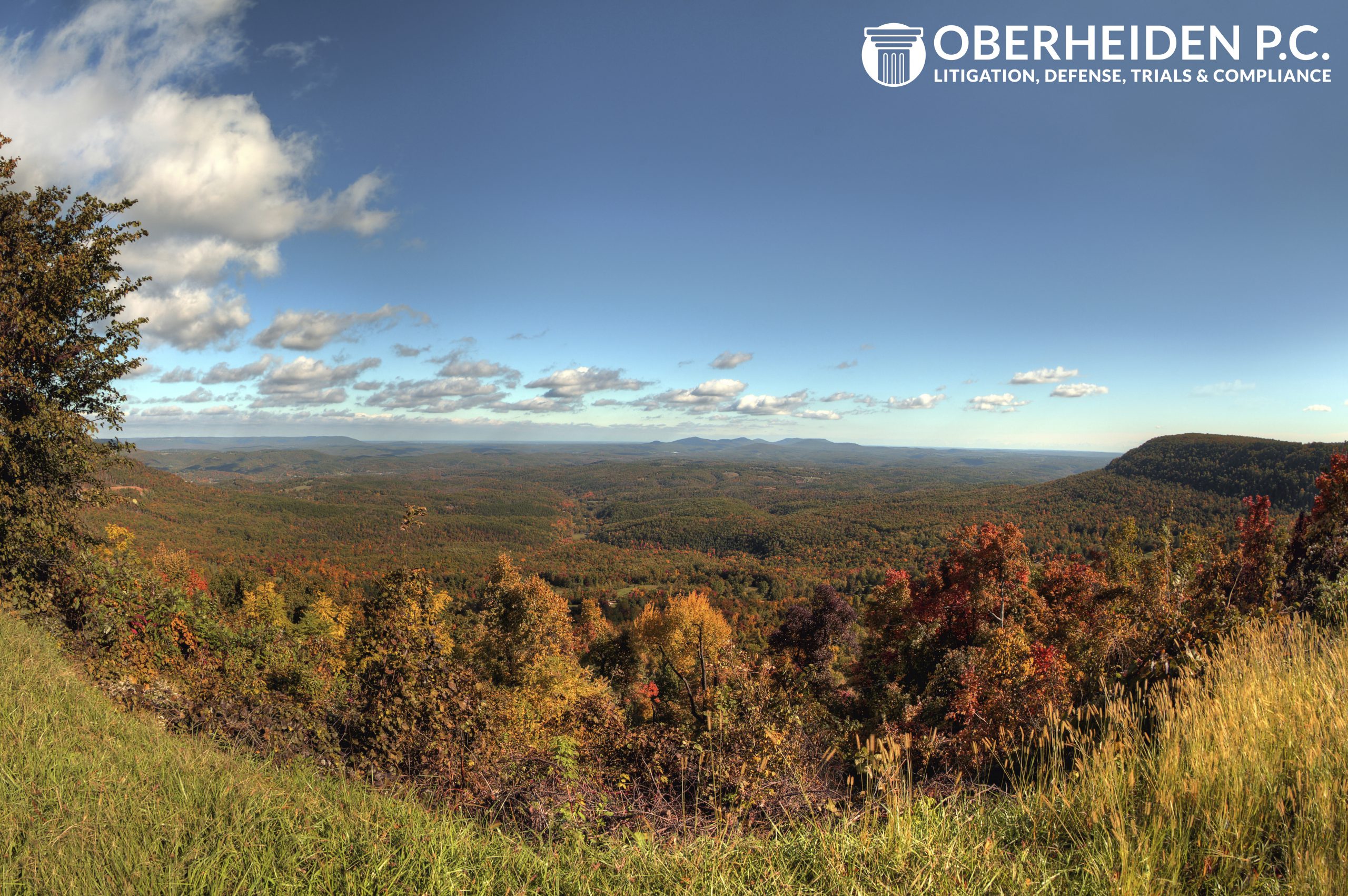 Our Arkansas federal criminal defense attorneys represent clients in Little Rock, Fort Smith, and throughout Arkansas. If you are under investigation, if you have been served with a grand jury subpoena, or if you are facing federal charges, you can call 888-680-1745 for a free and confidential consultation.

Trained at Harvard Law School and UCLA Law, a Ph.D. level lawyer, whose latest book was supported by United States Supreme Court Justice Stephen G. Breyer, the Chief Justice of Brazil, and other legal authorities—Nick truly is the kind of analytical brain you want on your team to battle sophisticated prosecutors. Nick is a perfectionist, who offers legal advice marked by precision, depth of knowledge, reliability, and success.

Nick handles a wide variety of federal criminal matters throughout Arkansas with an emphasis in representing business owners and professionals in white-collar investigations, and federal prosecutions around the country. For example, Nick has successfully represented healthcare business owners, CEOs, physicians, lawyers, and even current federal law-enforcement agents and current state and current federal prosecutors in complex criminal investigations. If federal prosecutors turn to Nick when they themselves need reliable legal advice in critical personal situations, you get a flair for Nick’s excellent reputation— and skillset. Serving clients in:

Dr. Nick Oberheiden is your first line of defense, and exceptional lawyer that has all the key components and features that you want on your team. He has been featured by media outlets in all 50 states and appeared on local and national stations on numerous topics in the area of federal litigation, federal criminal cases, and issues of constitutional and national significance. Notably, while on air, Nick demonstrated his analytic talents when he correctly predicted the outcome of every single upcoming federal litigation case he was asked to discuss with journalists.

How Does the Arkansas Federal Criminal System Work?

If you look around, you probably noticed that every criminal lawyer advertises for a wide variety of criminal cases: drunk driving, DUI, assault, rape, murder, shoplifting, and so on.

Not so Nick. Nick does not practice in Arkansas state courts. For years, Nick has made a name for himself by only taking federal cases. The reason? It’s simple. Just like you would not want a dentist to operate on your knee replacement, you should be selective when it comes to letting the right lawyer “operate” on your federal case.

If you are under investigation by federal law enforcement, you should look for a lawyer that—every day—handles federal law enforcement cases, a lawyer that daily (and not just occasionally) stands in front of federal judges and who negotiates non-prosecution agreements with federal prosecutors for a living. Just like tooth and knee procedures, state and federal cases are distinctively different.

How Do You Pick a Federal Lawyer?

Long before you can’t ignore the problems anymore, it is time to think about the right lawyer for your case. In the situations, selecting an Arkansas federal criminal defense lawyer may become one of the most decisions you will ever make. Our Arkansas federal criminal defense lawyers offer unparalleled careers and distinctions within the federal litigation and federal criminal justice system. That means you are obtaining a level of legal experience that most other lawyers simply don’t have. Follow these guidelines.

First of all, you want to make sure that your lawyer is not a generalist but limits his or her practice to what matters to you, federal defense. The best murder defense lawyer in town may lack the nuanced understanding of, for example, a complex healthcare investigation or convoluted questions of Medicare billing. Second, you should ask the lawyer candidate point blank (with the figurative “gun to the head”) for a detailed summary of outcomes in the last 100 federal criminal cases that this lawyer has personally handled. Third, if your case involves, for example, a particularly specialized area of law, like illegal kickbacks, you should ask your lawyer candidate specific questions (and insist on specific answers) as to how many cases the lawyer that will handle your case has successfully resolved without charges being filed.

At the end of the day it comes down to: Performance. By talking to the lawyer you must reach a level of comfort and trust that this specific lawyer is the one you want to be fighting for you and standing next to you in court. Ask yourself: Is this the federal lawyer that federal prosecutors, judges, and juries will respect with admiration?

With hundreds of federal cases, FBI, OIG, DEA, IRS, and Justice Department investigations, federal defense attorney Dr. Nick Oberheiden is among the most demanded and best-known boutique attorneys in the country. You may have already heard that he takes remarkably good care of his clients. In fact, clients of Nick don’t deal with secretaries or paralegals; no junior lawyer will experiment on your livelihood. If you hire Nick, you get Nick.

Q: What should I do if the FBI shows up at my house?

If the FBI shows up at your house to talk about an open investigation, it may be an indication they are investigating your role in a federal crime. While this isn’t always the case, at the very minimum they think you have information that is pertinent to an open investigation. Regardless, it is important that you do not discuss anything with FBI agents without first speaking with a knowledgeable Arkansas federal criminal defense attorney, even if the agents assure you that you are not under investigation. FBI agents can (and will) use anything you tell them against you, should the focus of their investigation ever shift onto you. Do not be afraid to politely decline an FBI agent’s invitation. If they need to speak with you, you need to speak with a lawyer first.

Q: What is a target letter?

Q: What is a grand jury subpoena?

Q: What should I do if I’m indicted?

If you are indicted for a federal crime—regardless of the nature of the offense—your first step should be to reach out to a dedicated Arkansas federal criminal defense attorney. While federal prosecutions can take years before reaching trial, by the time you learn of the case against you, chances are it’s been going on for months, if not longer. The sooner you contact an attorney, the more options your lawyer will have to resolve the case in the most favorable way possible. In some situations, a skilled Arkansas federal criminal defense lawyer can successfully reach out to prosecutors before charged are even filed.

The relationship between the state and federal government is a complex one, especially when it comes to which offenses are prosecuted in federal court. In many cases, federal prosecutors have the option to charge someone in federal court, but choose not to do so because state prosecutors take the case. However, federal prosecutors tend to hand-pick the cases that are the most serious, most noteworthy, or have other important implications. There are also a relatively large class of crimes that can only be brought in federal court, such as violations of federal statutes for which there is no state equivalent. If you recently learned that you are facing federal criminal charges, reach out to a Arkansas federal criminal defense attorney as soon as possible to discuss your options.

Q: Should I try to negotiate a plea agreement or take the case to trial?

The decision to work out a negotiated plea agreement or take a case to trial is a personal one. It is also a decision that should never be made without having an experienced Arkansas federal criminal defense lawyer examine your case. While federal crimes can carry significant exposure, just because you were indicted does not mean you will be found guilty. An attorney may be able to intervene in your case early on to convince the prosecutor to drop some or all of the charges. In some cases, a negotiated plea agreement will be the best option; however, in others the federal prosecutors may have a hard time proving you guilty beyond a reasonable doubt. If you were recently indicted, do not delay in contacting a dedicated Arkansas federal criminal defense law firm.

Q: Why did the federal government charge me, and not the state prosecutor?

The relationship between the state and federal government is a complex one, especially when it comes to which offenses are prosecuted in federal court. In many cases, federal prosecutors have the option to charge someone in federal court, but choose not to do so because state prosecutors take the case. However, federal prosecutors tend to hand-pick the cases that are the most serious, most noteworthy, or have other important implications. There are also a relatively large class of crimes that can only be brought in federal court, such as violations of federal statutes for which there is no state equivalent. If you recently learned that you are facing federal criminal charges, reach out to a Arkansas federal criminal defense attorney as soon as possible to discuss your options.

Q: What is at stake in a federal prosecution?

Dr. Nick Oberheiden limits his practice to federal law and he is admitted in all federal courts throughout Arkansas. If you would like to speak with Nick or meet him, call him directly on his mobile phone, including on weekends, at 855-791-1595. You can also contact him online. All consultations are free and 100% confidential.