How Does the Extradition Process Work? - Federal Lawyer
Skip to content
We will protect your rights, reputation and freedom. Nationwide Federal Defense, Compliance and Litigation. 95% Success Rate.

How Does the Extradition Process Work? 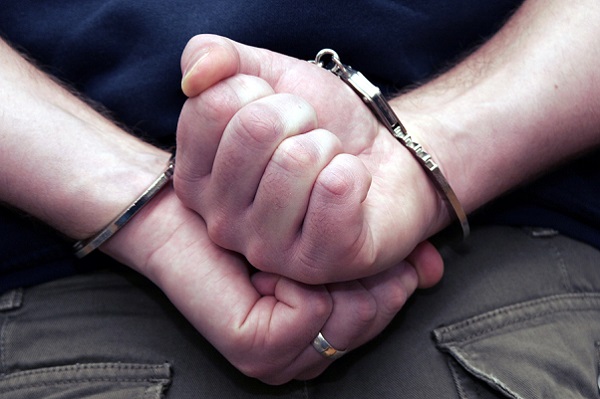 Extradition is the formal procedure by which one country surrenders a person to another country for criminal prosecution. The United States has entered into bilateral extradition treaties with various countries around the world, and these treaties specify the terms under which extradition can be requested as well as the processes and procedures involved in seeking extradition. In extradition proceedings, the individual who is at the center of the matter is referred to as a “fugitive.” The U.S. will also extradite fugitives to non-treaty nations under limited circumstances.

While extradition proceedings most often involve efforts to prosecute fugitives for alleged crimes committed in or against the country seeking extradition, extradition can also be used to compel a fugitive to serve a sentence that has already been handed down. In these cases, the process is largely the same, but the defenses that are available can vary.

What Happens During the Extradition Process?

The steps and procedures involved in an attempted extradition depend on the countries involved as well as which country is the one seeking extradition. As summarized in the U.S. Department of Justice’s (DOJ) Frequently-Asked Questions Regarding Extradition:

This is a very general overview that describes the extradition process in broad terms without regard to the specifics of any international treaty or the United State’s role as either the requesting or the requested nation. The following are more in-depth summaries of the procedures involved with: (i) the U.S. seeking to extradite for prosecution or punishment; and, (ii) a foreign nation seeking to extradite a fugitive from the United States. However, once again, the specifics will vary depending on the specific foreign country and treaty involved.

1. The Process if the U.S. is Seeking to Extradite for Prosecution or Punishment

If the U.S. is seeking to extradite a fugitive for prosecution in federal court or in order to execute a sentence rendered in a federal criminal proceeding, the process begins with the U.S. Department of State (DOS) sending a formal request for extradition to the DOJ. The DOJ then reviews the request and makes a determination as to extraditability based on an assessment of:

If the DOJ attorneys who review the extradition request preliminarily determine that the request for extradition to the United States is legally supported, in the interests of justice, and in the interests of the United States more broadly, the request will then be referred to the DOJ’s Office of Internal Affairs (OIA). The OIA will make a final determination regarding extraditability; and, if it deems that extradition is warranted, it will send the request back to the DOS for submission to the fugitive’s country of residence through appropriate diplomatic channels.

From this point forward, until the fugitive is on U.S. soil, the extradition proceedings follow the provisions of the applicable treaty and the laws of the country in which the fugitive is currently residing. If deemed necessary, the country of residence may conduct a provisional arrest in order to prevent the fugitive from fleeing across the border while the extradition proceedings are pending. Prosecutors will argue the case for extradition in court, the fugitive’s defense counsel will have the opportunity to appear, and then the court or agency presiding over the proceedings will render a decision – which, as noted above, will generally be subject to appeal.

Once any and all appeals have been exhausted, the fugitive’s country of residence will surrender the fugitive into U.S. custody. All subsequent proceedings will be conducted in federal court according to U.S. law and subject to the protections of the U.S. Constitution.

2. The Process if a Foreign Nation is Seeking to Extradite a Fugitive from the U.S.

The process differs when a foreign nation is seeking to extradite a fugitive from the United States. Domestically, the process begins when the DOS receives a request for extradition from the foreign nation, typically through the nation’s embassy in Washington D.C. This request may or may not be accompanied by a request for a provisional arrest. If a provisions arrest is sought, the DOJ must obtain an arrest warrant in order to take the fugitive into federal custody.

Upon receiving a request for extradition, the DOS will review the request to determine whether it satisfies all procedural requirements, whether the subject offense is an “extraditable offense” under the terms of the applicable treaty, and whether extradition would raise any concerns with regard to foreign policy. If the DOS is satisfied with the request, it will then submit the request to the OIA. The OIA must then request a hearing in federal district court, and it is at this hearing that a determination will be made with regard to extraditability.

Extradition hearings are not criminal trials; and, as a result, the standard of proof is not “beyond a reasonable doubt.” Instead, the judge must be convinced that, “the evidence [is] sufficient to sustain the charge under the provisions of the proper treaty or convention, or under section 3181(b).” If this burden of proof is met, then the fugitive will be held in federal custody until the nation that requested extradition presents a valid warrant for the fugitive’s surrender according to the relevant treaty provisions.

Due to the nature of U.S. extradition proceedings, fugitives who are deemed subject to extradition do not have a direct right of appeal. Instead, their only means of seeking relief is to file a petition for a writ of habeas corpus, which, if successful, will have essentially the same effect as an appeal.

What are Some Defense Strategies for Fighting Extradition To or From the United States?

Speak with a Federal Extradition Lawyer at Oberheiden, P.C.

If you need legal representation to fight extradition to or from the United States, we encourage you to contact us promptly. Our attorneys have centuries of combined experience, and we can help you regardless of where you are currently residing. For a free and confidential consultation, call us at 214-469-9009 or tell us how we can reach you online now.